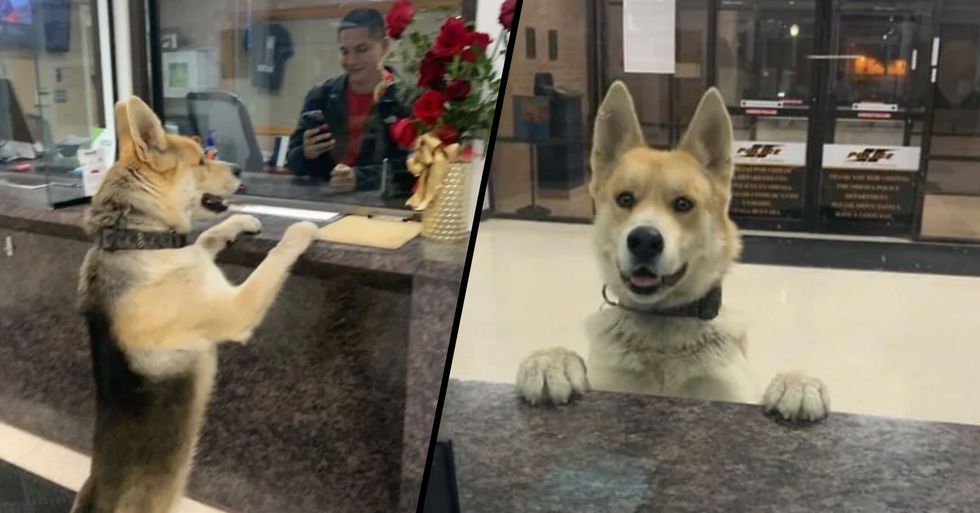 Dog Strolls Into Texan Police Station to Report Himself Missing

So, naturally, the thought of our precious pooches going missing is unbearable - not knowing where they are, if they're okay, or if they'll ever find their way back home is unthinkable.

But one clever canine has captured the hearts of the internet this week for knowing exactly what to do after going missing.

Keep scrolling for the adorable snaps...

Because let’s face it, dogs are the most loyal pet you can have.

Most of us couldn't imagine the pain of a pet going missing.

The thought of it alone is pretty unbearable.

Well, one dog has truly captured the hearts of the internet this week.

And his story is utterly heartwarming.

Last week, a sweet doggo named Chico got separated from his humans.

But he knew exactly what to do and figured out the best place to go for help.

Officers at the Odessa Police department in Texas got a rather unexpected visitor as Chico strolled through the door. Keeps scrolling for the pics.

Chico wandered over to the desk.

According to Bored Panda, Sergeant Rusty Martin was among the officers who received Chico and said that he didn’t seem distressed at all, despite being lost.

The officers fell in love with him.

“We were all excited to have him in the building," Martin said. “We had a tennis ball and threw it in the lobby for a bit. Everyone loved him."

After hanging out at the station for a little while...

Officers set on returning him to his owners, which was no easy feat considering his ID tag had fallen off his collar. So, animal control were dispatched to check for a microchip.

But Chico had other ideas.

The adorable pooch snuck out before animal services could get there.

Luckily he headed back to his owners and got home safe and sound. "The owner responded the next day [to say that] it was his dog and he had returned home. He lives about a mile from the station," Martin explained. Want another wholesome dog story? Keep scrolling to learn more about a sweet doggo that walks 4 miles every say to say hi to everyone in town.