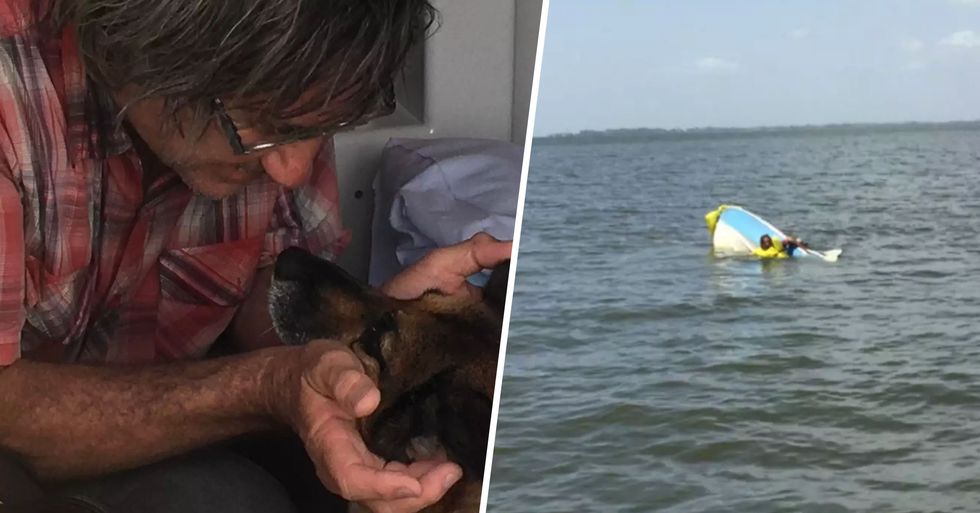 Dogs are smarter than we ever give them credit for - but one particular pooch has absolutely wowed the internet this week with their ingenuity. Heidi the German Shepherd proved herself to be a real hero when she swam for over eleven hours to ensure the rescue of her owner. Read on for her incredible story.

And his story is just adorable.

You can never be quite sure what they're going to bring into your home ...

They seem to have an almost innate need to help out their owners in times of need.

After their owner was in an accident one pooch went above and beyond to look out for them.

And boy, is this dog a hero.

In fact, her owner owes Heidi her life.

The two were on a fishing trip when tragedy struck.

The boat started taking on water and lost power in the middle of the ocean.

But Heidi knew what to do.

She took off swimming in order to save her owner's life.

A fisherman spotted Heidi alongside floating debris from the boat.

A rescue mission was immediately launched.

They threw everything into the rescue mission.

And clinging on for his life was Heidi's owner.

Amazingly, the owner had survived by treading water.

He'd been waiting for fifteen hours and hoping someone would come to his rescue.

Amazingly, Heidi had swum in the dark for eleven hours.

It's like she knew she was the best hope her owner had of being rescued.

"We would take this opportunity to remind boaties to plan for the worst when they're out on the water."

Here's the adorable moment Heidie and her owner were reunited.

"Thankfully there was a happy ending to this search and Heidi was able to be our honorary PD for the day."

Heidi was miraculously in perfect health after her ordeal.