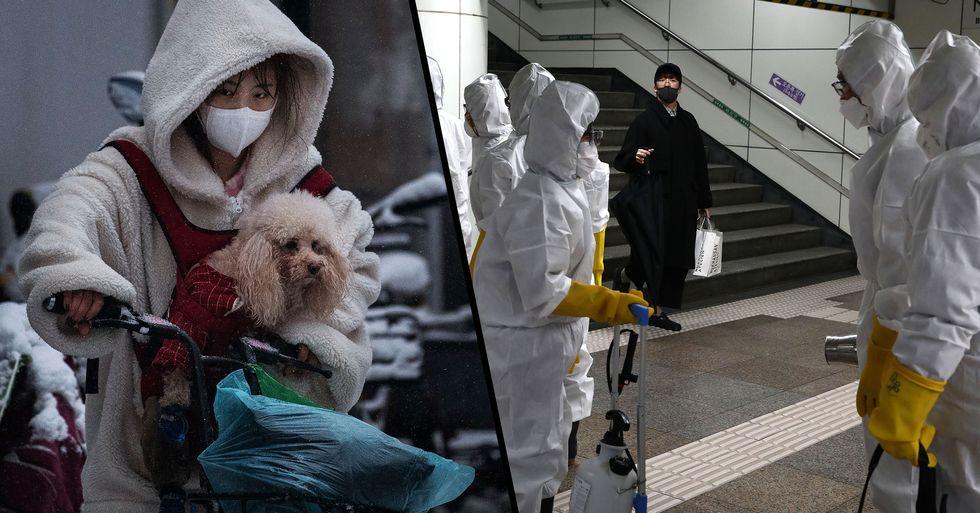 Dog Tests Positive for Coronavirus After Catching It From Infected Owner

But now, scientists' fears have been confirmed after a dog has now been tested positive for the virus.

It has been confirmed by Worldometer that 2,859 people have now died globally, with the majority being in mainland China. There are currently 83,000 cases around the world.

It was reassured by experts that the coronavirus cannot be passed on or spread through animals such as dogs and cats. The China Global Television Network said, "There is no evidence showing that pets such as cats and dogs can contract the novel coronavirus."

This was proven to be correct...

Reports have come in that a dog has caught the virus from its infected owner...

A pet Pomeranian dog in Hong Kong has officially tested positive for the coronavirus.

The dog was collected from the owner's home on Wednesday...

"Nasal and oral cavity samples were tested weak positive to COVID-19 virus," an Agriculture, Fisheries and Conservation Department (AFCD) said to The Daily Mail, without explaining why they tested the animal in the first place.

The dog is yet to show any symptoms...

Hau Yee started showing symptoms on the 20th of February...

And she was diagnosed with the coronavirus 5 days later.