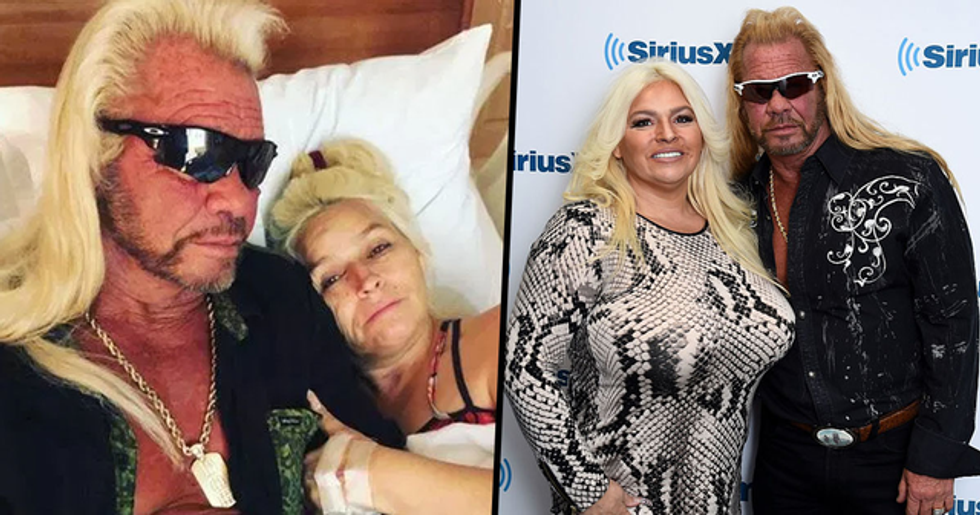 It has sadly been announced that Beth Chapman has passed away at the age of fifty-one.

Beth, who was most well known for her marriage to Dog the Bounty Hunter, has been battling throat and lung cancer since been diagnosed in September 2017. Despite being informed in the past that she was cancer-free, the illness came back and subjected her to an operation and numerous rounds of brutal treatment.

Read on to learn about the wonderful life that Beth lead, and how she and her family coped with the recent struggles of battling her illness - including her heartbreaking final words. Plus, we have the best of the internet's tributes to the reality star.

We send nothing but our love and prayers to Beth's family during this difficult time.

Tributes have rolled in.

The media have also paid homage.

Some tweets gave us exclusive information.

And it seemed like Bonnie was pleased about this.

Now Duane has also spoken out.

Here's a video of the press conference.

Any death is tragic, but the fact that Chapman was so young - and has clearly left such a hole in her family - makes this even more so.