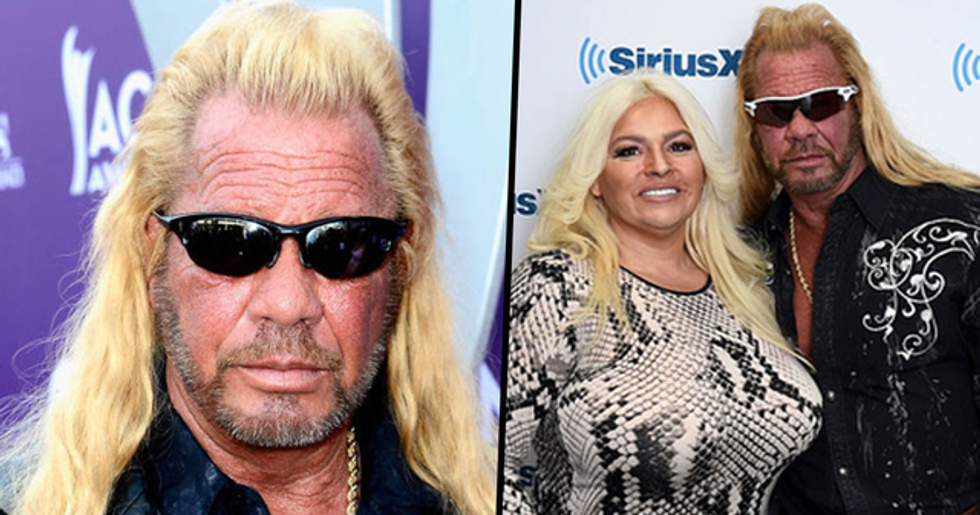 It was sadly announced last month that Beth Chapman passed away at the age of fifty-one.

Beth, who was most well known for her marriage to Dog the Bounty Hunter, had been battling throat and lung cancer after been diagnosed in September 2017. Despite being informed in the past that she was cancer-free, the illness came back and subjected her to an operation and numerous rounds of brutal treatment.

In an update, Dog revealed that he is struggling to cope without his wife and has lost a worrying amount of weight.

Alice Elizabeth "Beth" Barmore was an iconic part of Dog the Bounty Hunter.

In his interview, Duane revealed that he is channeling his grief into helping those struggling with loss themselves. "I went through experiences to help others - I really mean this. The other day I met a guy. He goes, 'Dog, you know I love you. I'm sorry, I lost my wife six months ago,' and I hugged him and I felt a connection like, boom, instantly brotherhood, right," he shared. "So when you go through something and somebody else goes through the same thing, there's something there. That's why I'm going through it, but I use that thing that's bad to help me help others." We send all of our love to Dog and his family at this difficult time.