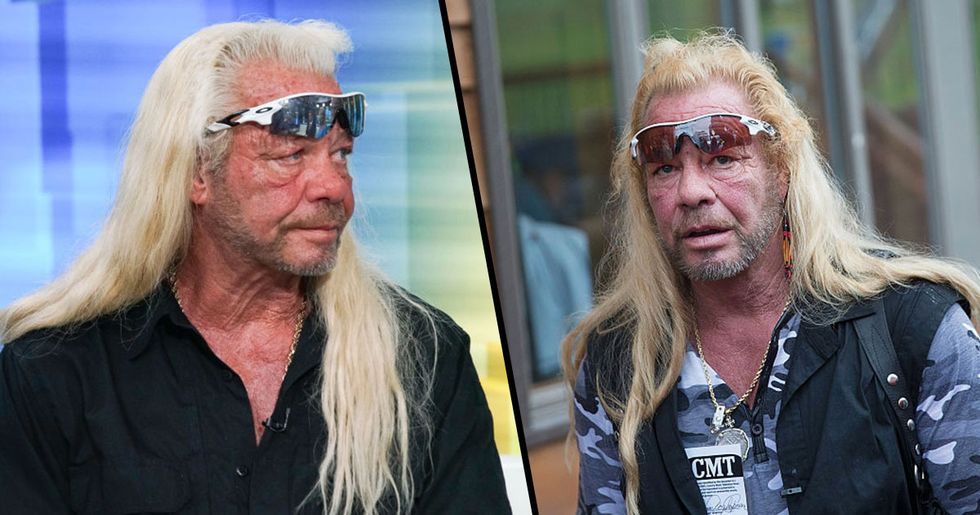 Only three months after the death of his wife, Duane Champman (also known as Dog the Bounty Hunter) was rushed to the hospital due to an emergency heart problem at the age of sixty-six.

Dog, who was most recently married to Beth Chapman, has been taking the past three months to cope with his wife's death. Beth, aged fifty-one, lost her on-going battle with throat and lung cancer on June 26th, 2019. Dog broke the news on Twitter, stating: "It's 5:32 in Hawaii, this is the time she would wake up to go hike Koko Head mountain. Only today, she hiked the stairway to heaven. We all love you, Beth. See you on the other side."

Now Dog has released a statement revealing the reason behind his hospital stay.

Read on to learn more about the reality star's past few months and why he was sent to a Colorado hospital this past weekend.

Dog has since spoken out about his illness.

He went on to offer a tragic explanation for the incident.

“I think, basically, I had a broken heart," Duane told the reporter, before pausing emotionally. "And of course, it’s going to heal," he added.

And strangely enough, this is backed up by science.

In spite of sounding like psychobabble, "broken heart syndrome" is a genuine heart condition, first discovered in the '90s. Professor Jeremy Pearson, associate medical director of the British Heart Foundation, called it, "a devastating disease that can suddenly strike down otherwise healthy people."

And though the causes are emotional, the effects are very much physical.

Even after the emotional pain is over, the heart can actually be left with tissue damage similar to that of a heart attack.

A description of a takotsubo attack sounds pretty terrifying.

During one, the heart muscles weaken and expand massively, temporarily destroying the heart's ability to pump effectively.

Duane isn't the only sufferer, either.

Around seven thousand Americans will experience the condition every year. Men are more affected than women, with the primary age of a sufferer is between fifty-right and seventy-five.

It was believed in the past the condition was only temporary.

In the past, most doctors believed that a full recovery was possible, and would happen spontaneously in time following an incident.

But that's been discovered not to be the case.

“Now we can see they can continue to affect people for the rest of their lives," Professor Jeremy Pearson went on.

This makes it quite a worrying condition.

“There is no long-term treatment for people with takotsubo because we mistakenly thought patients would make a full recovery," Pearson says.

And, even more mysteriously ...

Takotsubo is not only caused by extremes of negative emotions. It can also be brought on by high-stress positive feelings, like excitement and strong joy.

Which means Duane may be in line for a long term struggle.

While he's out of hospital now, it may be that this is something he suffers with again in the future.

We have to wish him the best.

It can't be easy losing you life partner - but the fact it can also have such a dramatic impact on your health is pretty scary stuff.