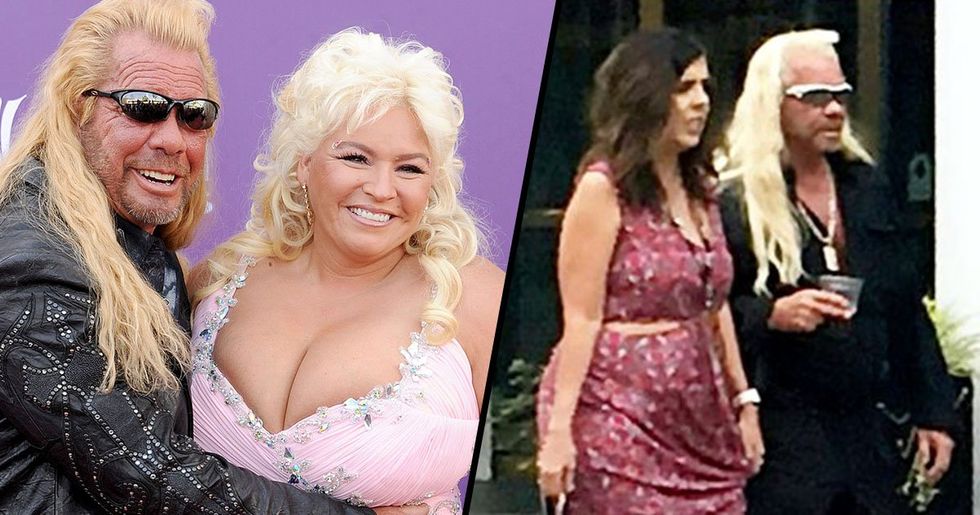 It was sadly announced in June this year that Dog the Bounty Hunter's wife, Beth Chapman, passed away at the age of fifty-one.

Beth, who was most well known for her marriage to Dog the Bounty Hunter, had been battling throat and lung cancer after been diagnosed in September 2017. Despite being informed in the past that she was cancer-free, the illness came back and subjected her to an operation and numerous rounds of brutal treatment.

Now, only a few short months later, Dog opens up about dating after Beth...

Alice Elizabeth "Beth" Barmore was an iconic part of Dog the Bounty Hunter.

In his interview, Duane revealed that he is channeling his grief into helping those struggling with loss themselves. "I went through experiences to help others - I really mean this. The other day I met a guy. He goes, 'Dog, you know I love you. I'm sorry, I lost my wife six months ago,' and I hugged him and I felt a connection like, boom, instantly brotherhood, right," he shared. "So when you go through something and somebody else goes through the same thing, there's something there. That's why I'm going through it, but I use that thing that's bad to help me help others."

However, Dog was recently spotted with a mystery woman...

Dog has been pictured outside a hotel with a mystery brunette.

They were both seen smiling and laughing...

An onlooker saw them and said that they were "walking very close together and seemed to know each other pretty well."

"To me, it looked like they were together, I mean who wouldn't want to be with Dog the Bounty Hunter? He was carrying some kind of dark drink."

Because of these rumors circulating, a rep for the family released a statement, clearing all of the misunderstandings up.

Apparently, the mystery woman was a close friend called Brooke, who used to work with Dog and Beth and also made sure to add in there that the "dark drink" was in fact, cola. So don't fret guys. But that doesn't mean he's opposed to dating...

Dog sat down with Entertainment Weekly to talk about life in a post-Beth world.

"It's really hard alone, because as soon as you get alone, bam, it hits you. So, I try not to be alone. Sometimes [my friends and family] know I gotta be alone, but it hurts worse or you feel it more when you're all alone," he told them.

And what about the women he's been photographed with recently, like the brunette above?

To him, it's all about playing tricks on the paparazzi. "I walk by all these girls... I said, 'Hey, Mama, I'll make you famous.' They're not really my girlfriends. I'm not saying I'm not gonna have one, 'cause I will, [but] I'm not gonna get married."

He and Beth talked about the potential of moving on after she passed away, and she told him two things: one, to never take her name off his chest, and two, not to marry someone else. According to Dog, girlfriends are fine, but he won't ever make one of them his wife. Dog confirmed this saying, "There will never be another Mrs. Dog." You heard it here, folks.