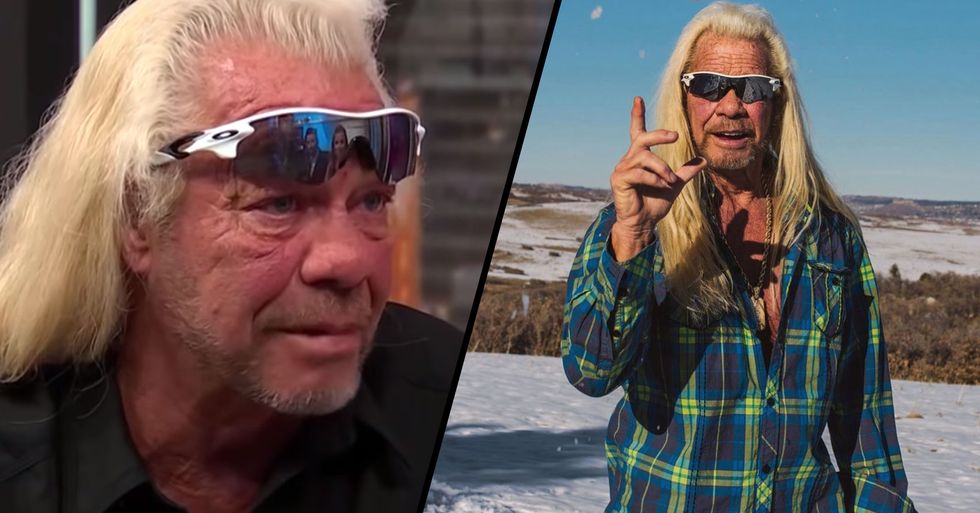 Duane Chapman (better known to his fans as Dog the Bounty Hunter) had a tough 2019. Since the death of his beloved wife, Beth, the reality TV star has experienced some health complications which has led him to one of the lowest points of his life. His struggles to come to terms with what has happened left him in a difficult position, one that meant he didn't want to carry on.

Dog has also suffered financially since the death of his wife, leaving his home at risk. But now he has a plan to boost his flagging career - he just needs to overturn a forty-year murder conviction, first.

But the emotional toll of losing his wife hasn't been the only thing Dog is dealing with.

Dog's hunt for a Hawaii fugitive is worth $1.5 million - the biggest he's ever had. But if he fails, he may lose his Colorado home.

But Dog has a plan to boost his finances.

He wants to make a show about fulfilling his childhood dream of becoming a sheriff. "I think it'd be a hit," he claimed.

Dog still has an old murder conviction that's preventing him from running for office.

It's not as dramatic as it sounds.

Back in 1976, Dog took part in a drug deal that went bad. His accomplice ended up shooting and killing 69-year-old Jerry Oliver.

Dog played no part in the shooting, as was actually sat in a car away from the scene.

But under Texas law, he was found guilty of first-degree murder and served 5 years in prison.

Since then, he's suffered more consequences.

Dog is still banned from entering the U.K. and uses bear spray or a taser rather than live rounds when bounty hunting.

By doing so, he could finally fulfill his dream of running for sheriff.

He's putting in an appeal to the state of Texas.

But we'll have to wait to see if they're willing to help Dog out.

And Dog's career woes aren't the only controversy he's been facing lately.

His new relationship (with his son's ex-girlfriend Moon Angell) has got his whole family - and the whole world - talking. Want to learn more? Scroll on!