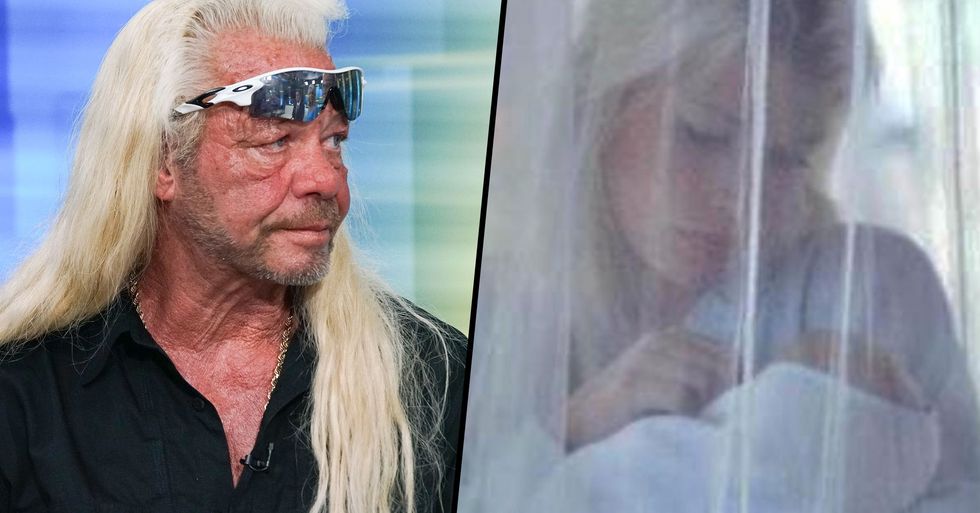 Like Dog the Bounty Hunter's year couldn't get any worse, the reality star has now shared a heartbreaking tribute to his late daughter, who passed away in a devastating car accident.

Keep scrolling for the full story, and to see his touching tribute for yourself...

Throughout his life, Dog the Bounty Hunter has suffered a tremendous amount of loss.

Only last year, his long-term wife, Beth, passed away from throat cancer, and now he is reliving the loss of his daughter.

It is a difficult time for the infamous bounty hunter...

Because Dog is still working on moving on from the devastating loss of his wife.

3 years ago, Beth was diagnosed with stage 2 throat cancer.

Despite being told that she was free of the disease only 3 months later, the cancer returned in 2018. This lead to Beth having to undergo an emergency operation to remove a mass on her throat.

He's recently revealed he's found love again with Francie Frane, who he proposed to ten months after the death of his late wife.

As a newly-engaged man, it should be a happy time for the reality star, right?

Well, it turns out that this time of the year is an incredibly difficult time for Dog and his family.

According to reports, the twenty-three-year-old mom of one had been driving with a friend when her car rolled off the road and crashed into trees, before being flipped upside down. She left behind a son, 4-year-old Travis.

It was a devastating shock for the full family.

And, to make matters even worse, Barbara was believed to have been dealing with drug and alcohol abuse, which is thought to have been the main reason for the crash.

Strangely, Dog and Beth went ahead with their wedding just one day after Barbara's death...

And they decided to break the tragic news to their friends and family about Barbara's passing during the reception.

And Dog decided to share a public tribute to his late daughter.

He posted a photo of Barbara cradling Travis as a baby...

With the caption, "15 years ago today My Barbara Katie went to be w/ JESUS".

The comments of support flooded in...

It's undeniable that Dog has lived quite a colorful life...

But did you know that he is actually a convicted murderer? Keep scrolling to find out why he's trying to get his conviction overturned...
20%