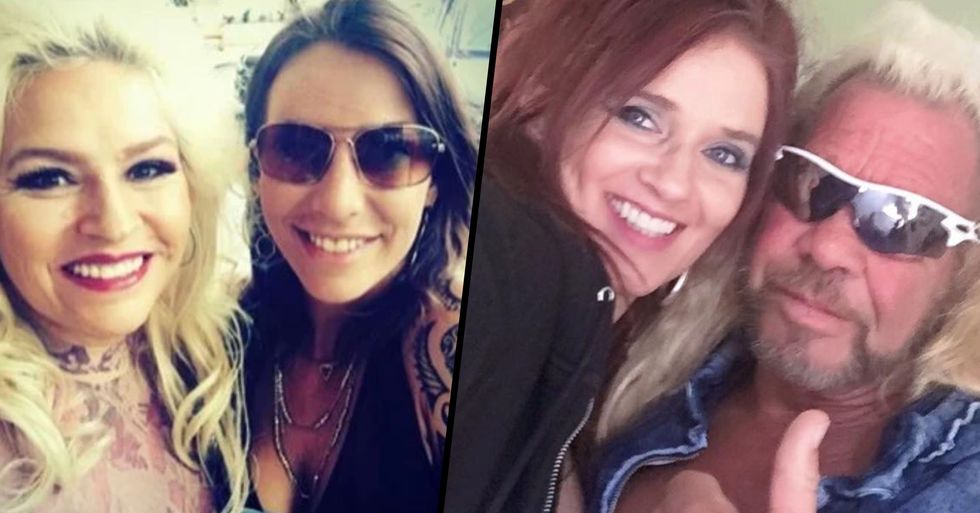 Recent reports about Dog dating his son's ex-girlfriend have been unsurprisingly controversial. But it doesn't seem to have affected his feelings too much - as he has now asked her a rather important question. Keep scrolling to watch the video - and hear his kids' (rather negative) response ...

She called her dad out on Twitter, strongly suggesting he has started dating her brother's ex-girlfriend.

And now it seems Dog is ready to take things to the next level.

As a trailer for an upcoming Dr. Oz appearance has got the whole internet talking.

The preview shows Dog and Moon talking about their controversial relationship.

"I am a lot happier with her here, with her around," insisted Dog. Moon was more subdued, admitting, "I have a lot of enemies right now."

But that wasn't the most shocking moment.

The footage also shows Dog popping a rather important question to Moon. And the internet doesn't know what to think.

Some are happy about the proposal.

But many believe he's moving on from his late wife way too quickly.

Here's the clip that's got everybody talking.

As for Moon's answer? Well, we'll be eagerly awaiting the episode on February 3rd to find out!

And now Dog's family has spoken out.

Sources close to Dog's kids claim they're deeply unhappy with the situation - and believe Beth would be, too.

Photos unearthed of Moon Angell acting as bridesmaid at Dog and Beth's wedding has the family feeling even more disgusted. Dog's love life isn't the only thing in turmoil right now. Keep scrolling to learn all about his financial troubles - stemming from his past murder conviction.