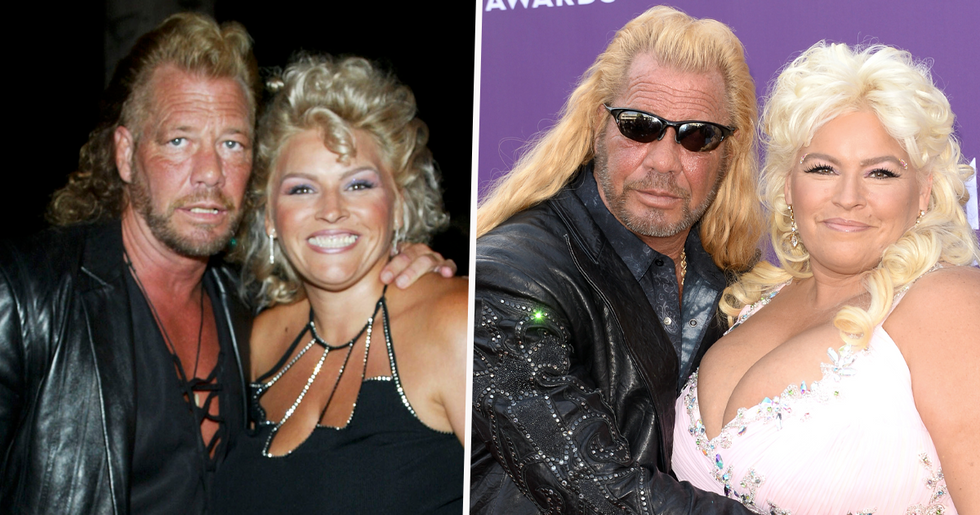 Dog the Bounty Hunter had a difficult 2019. But his latest revelation about late wife Beth may be the most heartwrenching yet.

And now Dog has revealed the heartbreaking truth behind Beth's final days.

"They brought her out of the coma and I said, 'You're gonna go see my mom."

"You're gonna go see your daddy. And Bethy, you're gonna see Barbara Katie [his daughter who died in 2006]."

Dog believes this was the moment Beth knew.

"She would not look at me because all of a sudden she knew I had given up and I was her last hope."

Dog has since found love with Francie Frane.

He's added fuel to the flames.

Amid all his Instagram posts about his engagement to Francie, Dog decided to pay homage to his late wife on Mother's Day.

He shared this photo of Beth of the day dedicated to all moms, writing:

And this photo, where a visibly thinner-looking Beth smiles with her daughter-in-law, Jamie.

He captioned this post: "I am DOG Chapman chiracahua Apache The best Bounty Hunter in the world I am the husband of Beth Chapman And I miss her so much"

While it's perfectly normal and healthy for people to remember their lost loved ones...

Many have raised eyebrows at Dog calling himself Beth's husband so soon after proposing to Francie. "This should of been Beth's day only so sad you had the nerve to post his gf/wife in these photos rip."

And others are even calling the reality star "two faced" for having the nerve to remarry.

One Facebook user wrote: "Absolutely two faced that is disgusting for how he was saying there will never be anyone else and promised Beth he would never marry makes me so angry."

It seems that Dog may never catch a break.

For more on the turbulent life of Dog the Bounty Hunter, keep scrolling to read about his murder conviction...