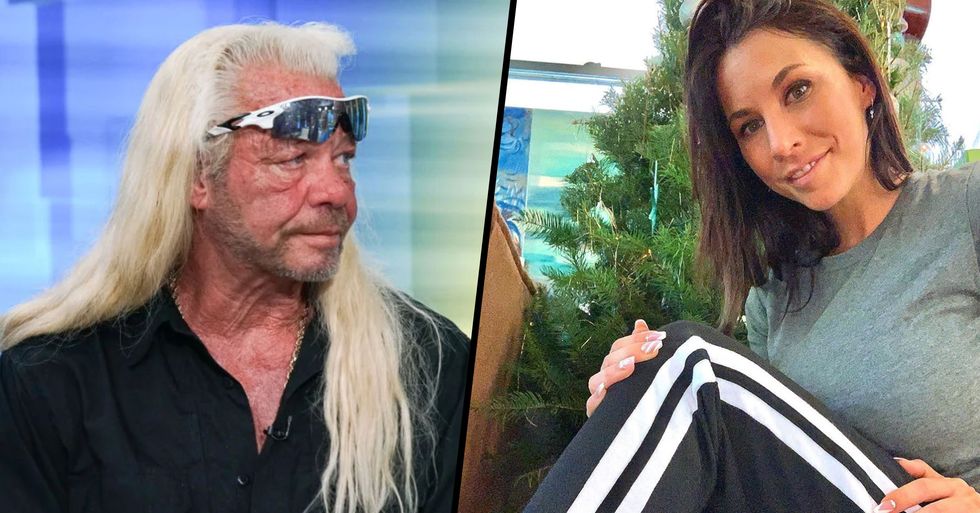 Since the death of his beloved wife, Beth, Dog the Bounty Hunter has experienced health complications and has struggled with his mental health, which has led him to one of the lowest points of his life.

But recent reports about Dog dating his son's ex-girlfriend have been unsurprisingly controversial. He's even spoken out to defend his new love.

New boo, Moon Angell, broke her silence with some particularly savage Twitter posts, and an even more savage video.

And now Dog's daughter is back to have her say on the matter.

And Moon Angell spoke out on the subject.

Although she's yet to give an interview about her new relationship, she's been posting a lot on her Twitter account.

Moon has continued to ruffle feathers.

She's posted a video on Instagram which has the whole internet talking.

Because the video in question?

Well, it shows Moon snuggled down in bed with Dog.

The bed in question is the very one Dog shared with Beth. Moon is even lying on Beth's side!

"The family is disgusted. She’s flaunting being in her dead best friend’s bed."

"She’s trying to get a reaction out of the family. Duane doesn't care,"  a source revealed.

Here's the video that's got everyone feeling a bit iffy.

Do you think it's disrespectful?

We know one woman who does - Lyssa Chapman.

And she took to social media to absolutely destroy her dad - in a series of now-deleted Tweets.

"Realizing everything, and the one person in believed in more than anyone was a fake."

"Now I realize, you’re just a bastard. I’ve been fighting an evil when in reality it’s all you. It’s always been you. YOU are the common denominator."

"Speaking to my dad last night he threatened to tell the world about my suicide attempts."

"So I feel I have to tell the truth myself, before him as his GF can come out against me. Everything I’ve done I admit to. I’m NOT perfect. I have a history, I have CPTSD, I have relationship problems."

"I’ve messed up and will continue to. But I’ll never be blackmailed. I’d admit to everything. Because I want to learn from my mistakes."

Wow. For more tumultuous relationships, scroll on. We've got a list of the onscreen couples who secretly hated each other!