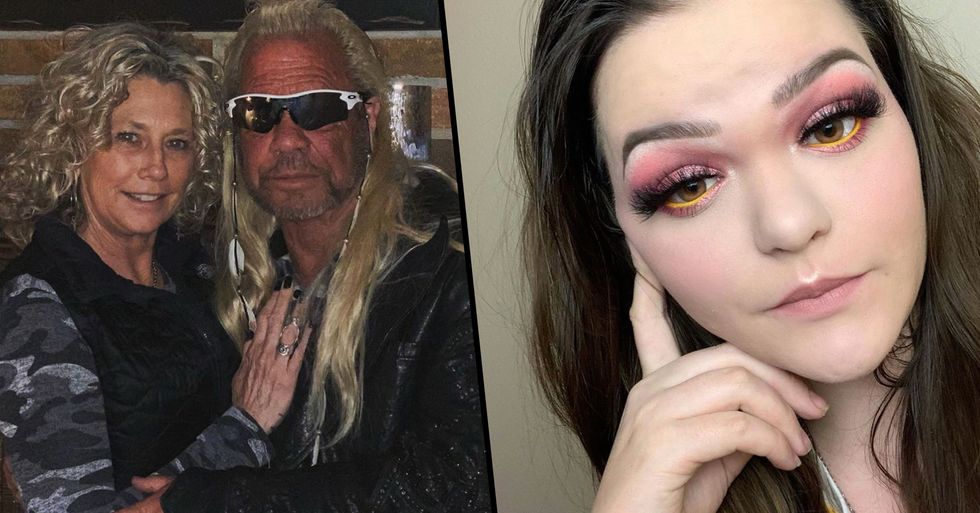 Dog the Bounty Hunter has this week revealed that he and his new girlfriend, Francie, are engaged to be married a mere ten months after the highly-publicized death of his wife, Beth... And fans are not happy.

Keep scrolling to see what his daughter, Bonnie, has to say about the whole situation...

The couple had 2 children and stayed together ever since.

In his own words, he described his feelings...

Dog has caused major controversy with a snap he posted of his new girlfriend.

It seems to have caused quite a stir among fans.

And he couldn't be happier.

Francie spoke of their romantic moment...

Fans aren't feeling the same way, with many slamming Dog as heartless for moving on so quickly.

But even though fans have been slamming Dog for his big decision...

It seems that his family are being more supportive than ever.

Dog and Beth's daughter, Bonnie, has spoken out about the shock engagement.

Commenting on her dad's Instagram post, she wrote: "My father has gone through so much this past year without my mother. It's been extremely difficult to see one parent pass, and the other so intent on following. My father deserves to be happy."

Bonnie believes that her mom would be happy for her dad...

"He's still got my mother's name on his chest. He'll never forget her and the love she gave him. She would be happy my father is in love and finding peace," Bonnie went on to say. "Life has never been easy for my dad, but love is something that comes naturally to him."

She referred to her dad's new fiance as a "wonderful woman."

In a reply to one fan, Bonnie wrote that while she misses her mother every day. “I know that she sent Francie. She's a blessing and she's helping my dad heal day by day."

Bonnie also addressed the fact that Beth had initially wished for Duane to not remarry after her passing before explaining that “her feelings changed as her condition worsened."

"For those who claim to know my mother's wishes: please remember that we as a family went through every excruciating and painful detail of what was next," she wrote in her comment. "I had this talk with her, my mother had so much love for my father, she would never want him to be alone. My mom wanted him to be happy no matter what. There is always going to be one and only one Mrs. Dog."

“Welcome to the pack, Francie," she ended the main note with.

It seems that Francie well and truly has the family's blessing!

Keep scrolling to read about how he is working on his murder conviction...