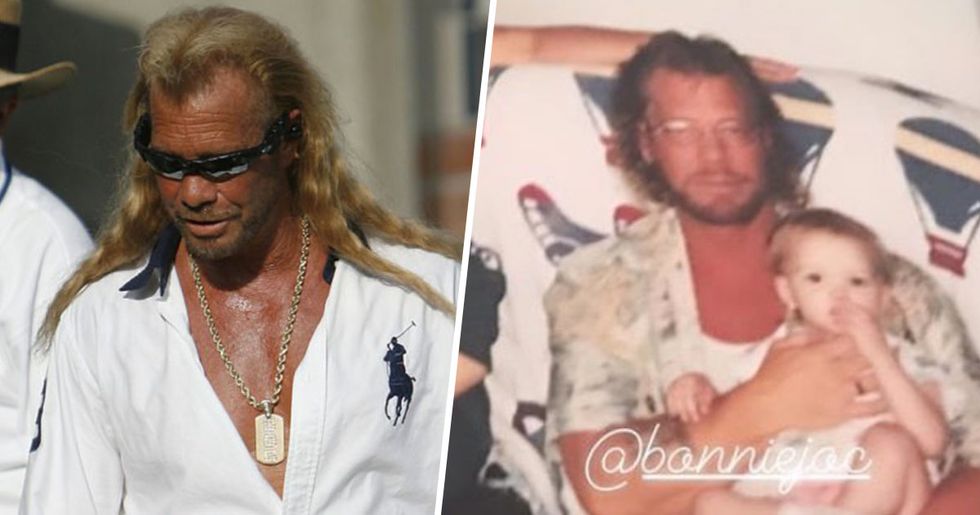 News broke yesterday that after only three months after the death of his wife, Duane Champman was rushed to the hospital.

The Dog The Bounty Hunter star was taken to hospital by the emergency services after suffering an emergency heart problem at the age of sixty-six.

Beth died aged fifty-one, after a grueling battle with throat and lung cancer on June 26th, 2019.

The couple's daughter, Bonnie Chapman, has taken to Instagram following her dad's hospitalization. The family has certainly had a tough year, as Bonnie explains in her post.

Keep scrolling for the story...

In his interview, Duane revealed that he is channeling his grief into helping those struggling with loss themselves. "I went through experiences to help others - I really mean this. The other day I met a guy. He goes, 'Dog, you know I love you. I'm sorry, I lost my wife six months ago,' and I hugged him and I felt a connection like, boom, instantly brotherhood, right," he shared. "So when you go through something and somebody else goes through the same thing, there's something there. That's why I'm going through it, but I use that thing that's bad to help me help others."

Sources suggest that Dog may have suffered a minor heart attack and that doctors are performing tests to confirm understand the exact problem at hand. TMZ reports that Dog might need corrective surgery to fix the issue.

We wish Dog the best.

It hasn't been easy. The star has had a rocky couple of months, and we have nothing but well-wishes for him going forward.

A spokesperson from the hospital has confirmed that Dog is on the mend.

Following the Bounty Hunter's dramatic rush to the hospital, it seems like, now, after treatment, he should be just fine.

"Dog is under the doctor's care."

Whatever severe chest problems Dog was experiencing a few days ago seem to have ceased. A spokesperson for the Dog The Bounty Hunter star stated to The Mirror: "I can confirm Dog is under doctor's care and is resting comfortably."

Pain in the chest...

It would not be unlikely that Dog was actually rushed to the hospital for the pain caused by his broken heart. It's not unheard of for people to suffer acute, physical pain in the chest following the loss of a loved one.

Bonnie Chapman took to Instagram once again yesterday to discuss her dad's condition.

In a sweet throwback photo of the family, with baby bonnie sitting on her daddy's knee, she looked back at happier times. Alongside the snap, the twenty-year-old wrote: "Love you, pops ❤️." We all wish Dog a quick and successful recovery. I'm sure he'll be back out there catching bad guys again in no time.