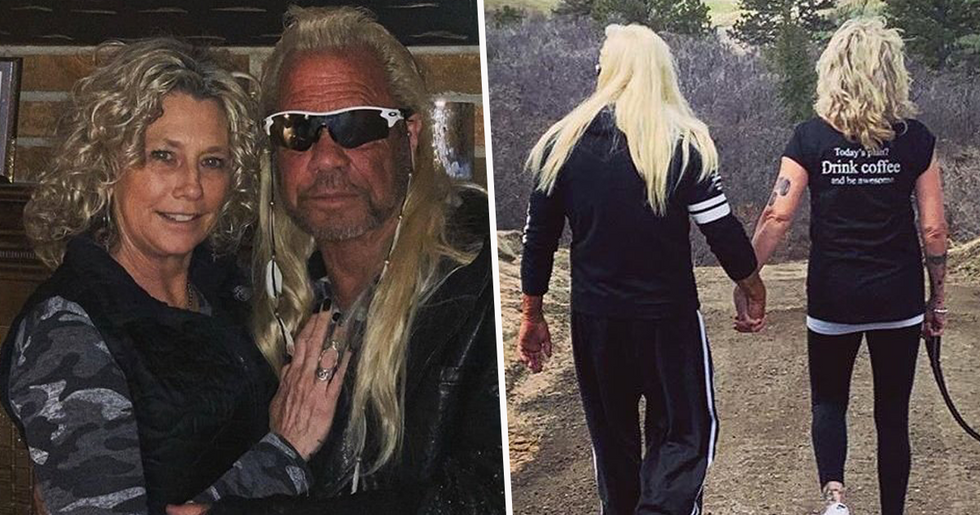 Dog the Bounty Hunter's new fiancee has officially joined the family business... which means Beth has essentially been replaced.

Read on to find out about her new role in Dog's life...

But it seems things are looking up for the star in more recent times.

He revealed earlier this year that he's found love again with Francie Frane - and it seems the 2 are quarantining together.

Since he and Francie went public with their relationship, Dog has been receiving an awful lot of backlash.

His online behavior seems to have caused quite a stir among fans.

Dog has been behaving quite bizarrely on social media, and his photos of Francie contain some rather questionable captions.

He captioned a photo of his new lover with this alarming sentence:

"I scream & Cry Beth where are you why did you leave me then I look up & see you Francie & the pain turns to a smile I LOVE YOU WOMAN !!"

And things have got a whole lot more controversial.

In May, we found out that Dog had proposed to Francie.

But regardless of his fans' criticisms...

Dog is clearly wanting to take things to the next level with his new beau... and this includes making her a part of the family business.

And Francie is now the one by his side - essentially replacing Beth.

Dog has spent the last few days tracking down a wanted fugitive in the state of Virginia named Felix Chujoy...

And he posted some photos of the hunt on his Instagram stories with Francie by his side in every single snap.

According to reports, the show will follow his ever-growing family including his kids, grandkids, and possibly his new wife!

It seems that the bounty hunter is moving on with his life very quickly...

And we sincerely hope he finds happiness through his new ventures. For more on Dog the Bounty Hunter, did you know that he's trying to get his murder conviction overturned...?
40%

$11.99 $9.59
Buy Now
See More Deals
We hope you find these deals as awesome as we do! Just an FYI: we may receive a share of sales from links on this page