Dog Who Plays Stella in 'Modern Family' Has Died | 22 Words 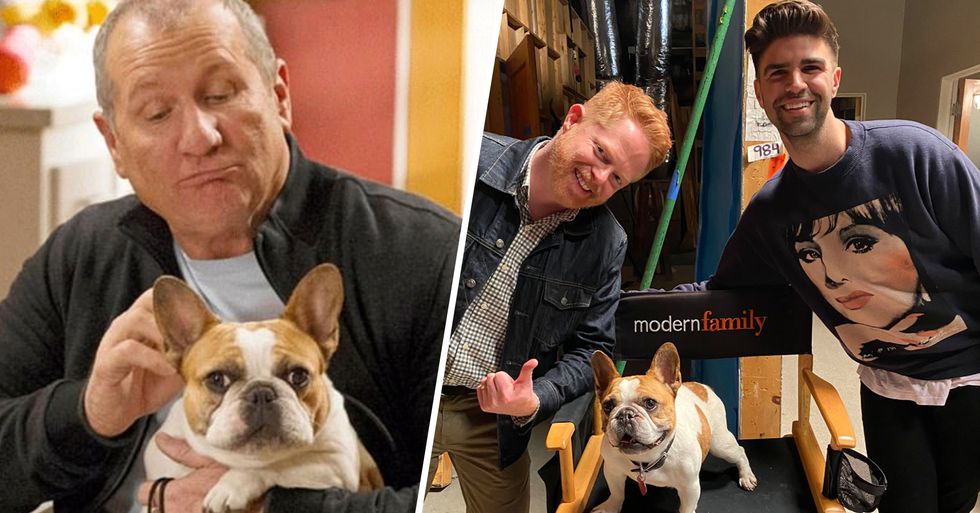 Dog Who Plays Stella in 'Modern Family' Has Died

The French Bulldog who played the pampered pooch, Stella, in ABC's sitcom, Modern Family, has sadly passed away.

Anyone who is anyone has watched Modern Family.

The hit ABC TV series follows the eventful lives of the Dumphy and Pritchett families.

There are a lot of characters to keep up with...

Claire and Phil Dunphy with their 3 kids, Hayley, Alex, and Luke, Claire's brother Mitchell, and his partner Cam with their adoptive daughter, Lily, and Claire and Mitchell's dad, Jay, with his eccentric Columbian wife, Gloria and her sons, Manny and Joe. It's a lot, isn't it?

But, the real star of the show was obviously Stella.

Stella the French Bulldog, who was named Beatrice in real life, was introduced into the sitcom during the second season as Jay and Gloria's new (yet reluctant) pet for Manny.

She was a wonderful addition to the unconventional family...

Especially with her love of eating shoes and jumping into the pool for a swim, something that Gloria would class as "suicide".

So, it comes with great sadness today to reveal that the pooch has sadly passed away.

Jesse Tyler Ferguson, who plays Mitchell, tweeted a selfie of him and Beatrice with the caption: "Rest in peace sweet Beatrice. We love you so much."

Beatrice was believed to have been around ten-years-old...

And her cause of death is currently unknown. Rest in peace, Beatrice.