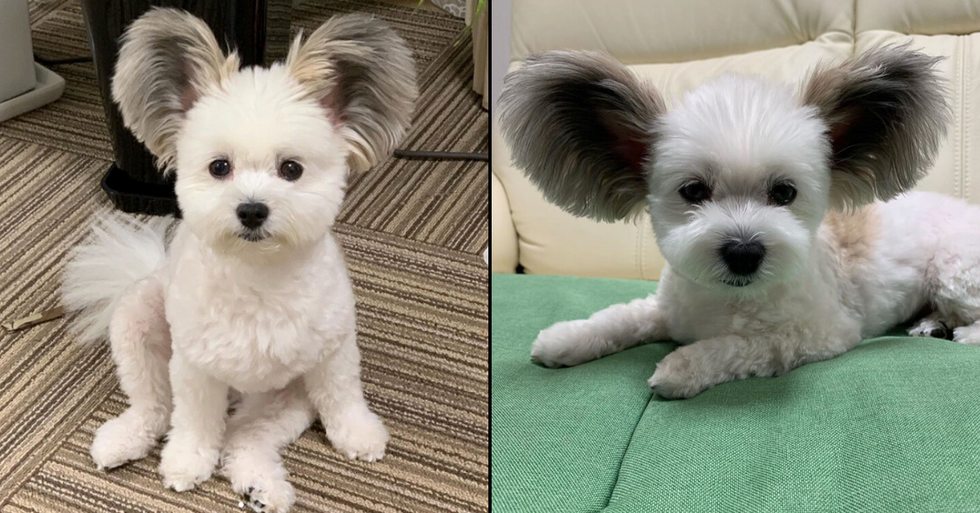 But the latest dog to hit the internet might just be the cutest (and most funny-looking) yet.

And one that's gone viral this week?

Well, it categorically proves that dogs are actually the best.

This is the dog in question.

And it's not too hard to see why he's captured the internet's attention ...

It gives the pup an amazingly cute look.

His name is Goma.

And he lives in Tokyo with his adoring owner.

Making him either a Papitese or a Maltillon ...

Not the cutest of names...

But definitely one of the cutest of dogs!

Both of these two breeds have unique appearances.

Which might explain why Goma is such a looker!

Malteses are white and fluffy...

While Papillions are literally named after butterflies, thanks to those oversized ears!

But it's safe to say Goma has hit the genetic lottery in terms of cuteness.

Because he's got that white fluffy Maltese vibe...

Plus the most incredible ears we've ever seen.

With just a hint of a cartoon bat, right?

His owner showers him in love.

We couldn't resist this pooch either!

Goma is a natural beauty.

But he still needs semi-regular grooming to keep him looking his best.

What an unbelievable cutie.

But dogs are more than just good to look at. Scroll on for the heroic tale of one dog who manages to save her owner's life after a boating accident...