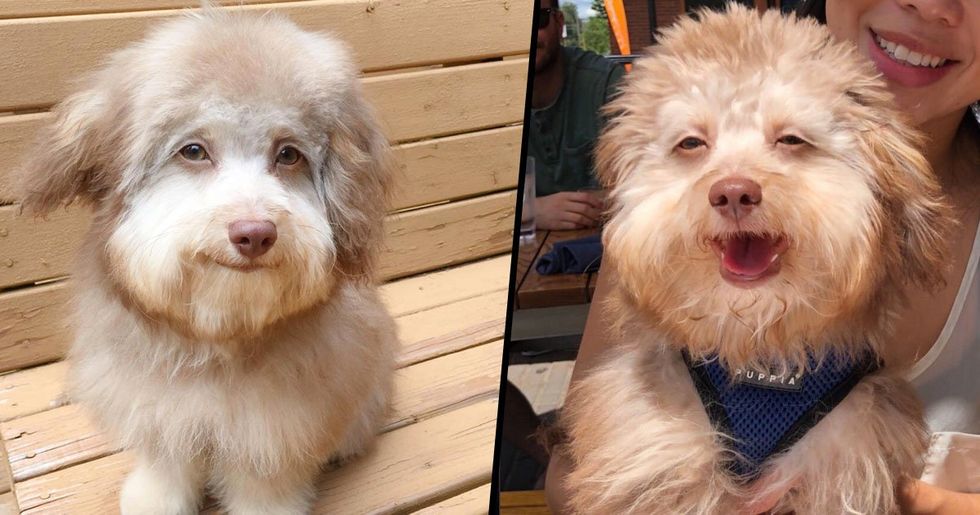 Dog With Human Face Has Taken the Internet by Storm

Ah, another day, another pet internet sensation. Whether it's a cat, dog, or something a bit more exotic... we all love a good old internet-famous pet.

And it seems the latest pet to take the internet by storm is Nori, an Aussiepoo mix who appears to have a "human face." No, this isn't a work of photoshop or a cleverly placed filter... Nori really does look like a little human.

His unique features regularly turn heads and have caused him to become a somewhat viral sensation.

Keep scrolling to see the pictures for yourself.

Another day, another viral pet.

Whether it's cute cats or adorable dogs, it seems us humans just can't get enough.

From Grumpy Cat to Boo the "teddy bear" dog, some of these pets have earnt more bucks than we could imagine.

One doggo has been turning heads for his unique features.

Yep, really. Keep scrolling to see the snaps for yourself.

Nori is an Aussiepoo mix (Toy Australian Shepard and Toy Poodle) who's become famous for his human-resembling face.

He lives with owners Kevin Hurless and Tiffany Ngo from Seattle.

They say his human-like features often cause them to be stopped on the street by strangers who comment on his unique little face.

His features were more prominent as a puppy.

"When he was a puppy, we couldn't go more than a block without someone stopping us to ask questions about him," Kevin explained.
"It has become less frequent as he's gotten older, but we still often hear about how human his face and eyes look."

Many think it's his eyes that give him his human look.

And he often looks like he's smiling. "Nori is incredibly sweet and friendly, and very energetic and playful. He loves all people and dogs that he meets, and just wants to be friends with everyone.
"He's got quirky behavior, like when he 'kneads', where he'll put a toy in his mouth while he kneads with his front paws like cats often do."

Many people compare him to a "giant human."

We certainly see the resemblance. You can keep up with Nori's adventures here. Want more doggy-related stories to give you your cute pooch fix? Keep scrolling to learn more about one mischevious pup who took a liking to a pair of dentures...