Dogs That Messed up Real Bad, but We Love Them Anyway | 22 Words 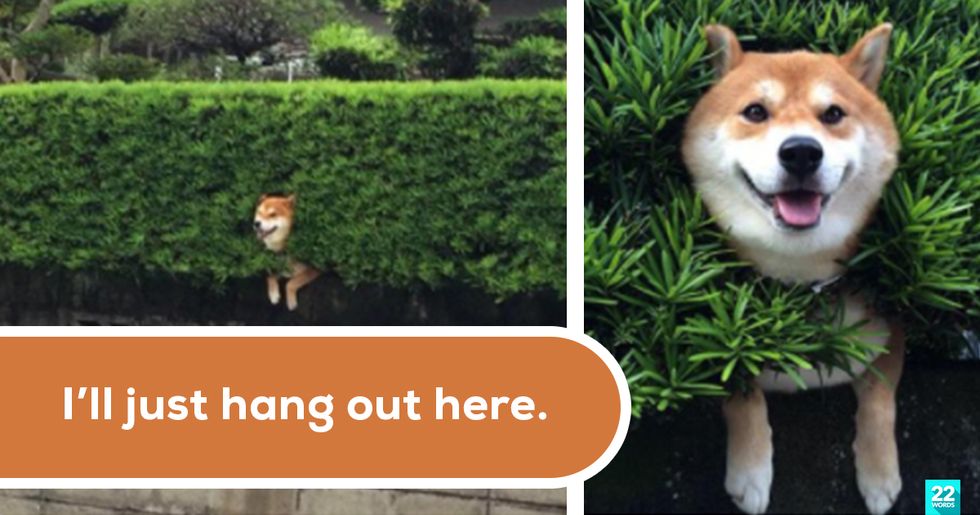 Dogs That Messed up Real Bad, but We Love Them Anyway

As wonderful and amazing as dogs are, they definitely aren't perfect.

Here are 17 pups who've managed to screw the pooch (get it?), but of course we love them anyway because they're so adorable and, you know, puppy-dog-eyed.

Hey, at least he waited until after graduation. What a cutie!

This is the best video on the entire Internet. And that's saying something.

This is pretty much how I look when I'm overwhelmed. Which is almost every day of my life.

I hope he did this in time for St. Patrick's Day. He looks the part.

Someday he'll be a big boy who can walk up the stairs. Until then, he's just a tiny cute failure. The next one is very relatable...

As someone who has a dog who does this regularly, I can attest to how shocking and horrible it is.

I mean, sure. But who doesn't?

Well, he's definitely stuck. And it looks as if he's finally realized that he messed up.

Speaking of stuck... This guy did a real number on his own situation.

Ah yes, the old fake-out. It works every time. The next one is too cute for words...

Honestly, this guy doesn't seem too upset to be stuck in the bush. He seems like he's relaxed.

You always hear about cats getting stuck in trees, but it turns out that dogs can get stuck too. Who knew?

He had to be saved by firefighters! That's too good.

We've all done crazy things after a night of heavy drinking and ended up rolling off the couch.

This adorable little pup looks very proud of his hole and simultaneously like he needs help. The next little pup is very special...

This is quite the story. But you can't blame him. Instead, I blame the years and years of inbreeding and poor genetic modification.

Just look at that face. That is the face of a dog who knows he's in trouble, but also knows he needs some assistance.

Doggy door? More like SOGGY door, am I right?

"I've made a huge mistake. Please let me back in. I promise this will never happen again. Until the next time that it happens."
This little pup is just playing coy with the koi fish. Your water feature happened to be in his way.

Poor Bartleby! You owe him double the presents now!

Weird how that works, huh? I'm guessing the scary sound stopped when you were done peeing, right?

Maybe he's trying to give you something to look forward to! You know, switch things up a little bit.

Of course, your dog did this. And of course, it was on game day. Are you that surprised?

That's a twist-off cap. Honestly, I'm more impressed than appalled in this situation.

Happy Easter! Next time, don't forget to give him some of the ham.

Look at that face. That dog knows exactly what is going on.

Having a dog often comes with unexpected vet bills. But this is definitely a first!

You could be mad at this dog, or you could take a second to appreciate his art. That pup is going places in the film world.

Look at that face. This dog is not even remotely ashamed.

Not only did he eat the trash, but then he started in on the trash can cover. It looks delicious. Share this with the naughty dog lover in your life!