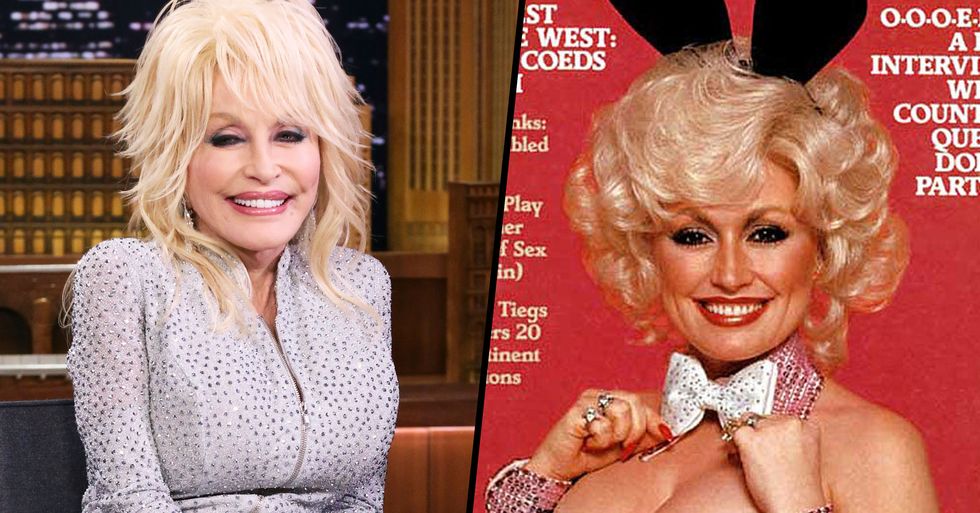 America's national treasure, Dolly Parton, has revealed that she would love to be on the cover of Playboy Magazine again. After her iconic cover all the way back in 1978, she is ready to re-live the moment all over again.

However, as much confidence as she still has now, other people don't see this as a positive thing to look forward to.

Keep reading to see exactly what she had to say...

Dolly Parton is a national treasure and everyone knows it.

But there's one aspect of her career that stands out for her particularly, if not others.

Her Playboy Magazine cover in 1978.

As Dolly's career started to take off, this cover shoot allowed her to express herself in a way that boosted her confidence.

At thirty-two-years-old, the country singer made headlines for her "bunny" cover.

In this day and age, looking back at such a sexualized and demeaning cover would shake the feminist movement to the core but back in the 70s, this was seen as the ultimate sign of success for a woman.

So, it's no wonder why Dolly is so proud of it.

And she recently revealed that she would love to grace the cover once again for her 75th birthday.

In an interview with 60 Minutes Australia, she told us this:

"I don’t plan to retire. I just turned 74 and I plan to be on the cover of Playboy Magazine again."

"See, I did Playboy Magazine years ago and I thought it’d be such a hoot if they’ll go for it. I don’t know if they will... if I could be on the cover again when I’m 75."

And with the sudden "woke" factor that Playboy is trying to claim, they'll probably be up for it.

The past few years has seen the magazine take a more move-with-the-times sort of stance on gender and sex equality.

And was slapped with a "gender fluidity" tagline. But their efforts to remain a relevant publication were futile, with more criticism flowing in than ever before.

However, if they put Dolly Parton on the cover, it would bring a less tiresome approach to being "woke."

At seventy-four, she would become the oldest woman to ever take the cover spot and with the average age of Playboy Magazine cover models coming in at a lame twenty-five, (statistics taken from 2010), this would be a breakthrough.

Although, not everyone agrees.

Many people have picked up on the outdated nature of the request.

Someone else had a different idea...

But Dolly has always prided herself on her looks.

In a previous interview, she revealed some of her beauty secrets that kept her iconic look alive and it involves having good lighting, good makeup, and a good doctor.

Get ready for Dolly Parton's 75th birthday because if it goes her way, she'll have her cover shoot and it's bound to be "a hoot and a half." If you want to read more about iconic covers, then keep scrolling...