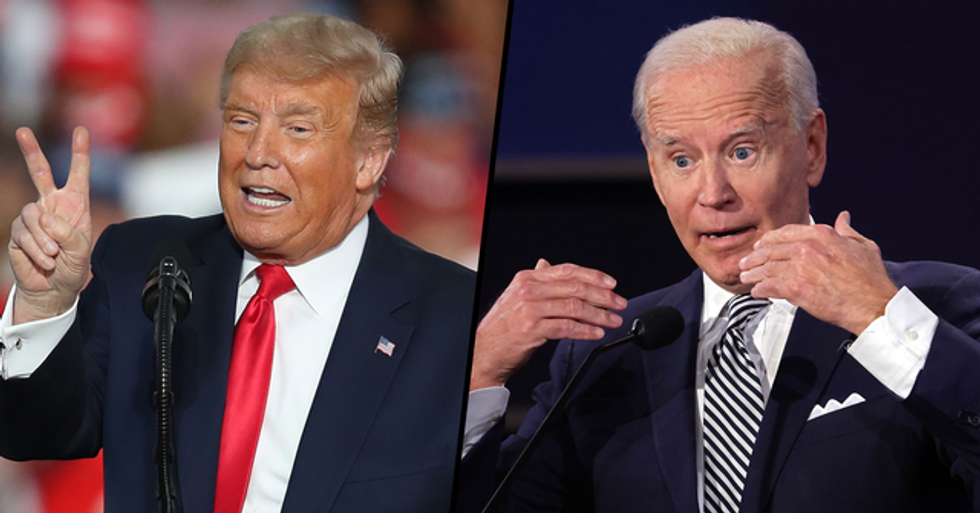 Their relationship has never exactly been cordial, but this may be the lowest blow yet.

The past week has been dramatic between Trump and Biden.

But, as usual, Trump can't quite manage to keep his mouth shut, blasting totally unfounded claims on Twitter.

He seems to be grasping at straws at this point.

With his popularity ever-dwindling, is there anything he won't say to provoke a reaction?

This week, Biden refused to consider a second debate with Trump following his COVID diagnosis.

And he isn't afraid to take things to extremes in the interest of health and safety.

Of course, if the president is unwell...

He won't be able to take part in his campaign properly and, furthermore, the highly important presidential debates that are taking part for the next few weeks.

The next debate is scheduled to take place next week on the 15th of October...

And even though the president seems confident he'll be attending, his rival most certainly doesn't.

Joe Biden isn't convinced that the president is as well as he's saying...

And he believes the debate on Thursday shouldn't go ahead if his fears are correct.

Speaking to reporters in Maryland today, Biden expressed his concern for next week's debate.

"Well, I think if he still has COVID, we shouldn't have a debate. I think we're gonna have to follow very strict guidelines. Too many people have been infected and it's a very serious problem," he said.

"And so I'll be guided by the guidelines of the Cleveland Clinic, and what the docs say is the right thing to do -- if and when he shows up for debate."

But now Trump has hit back at Biden.

What do you make of it? Want more Trump controversy? Scroll on...