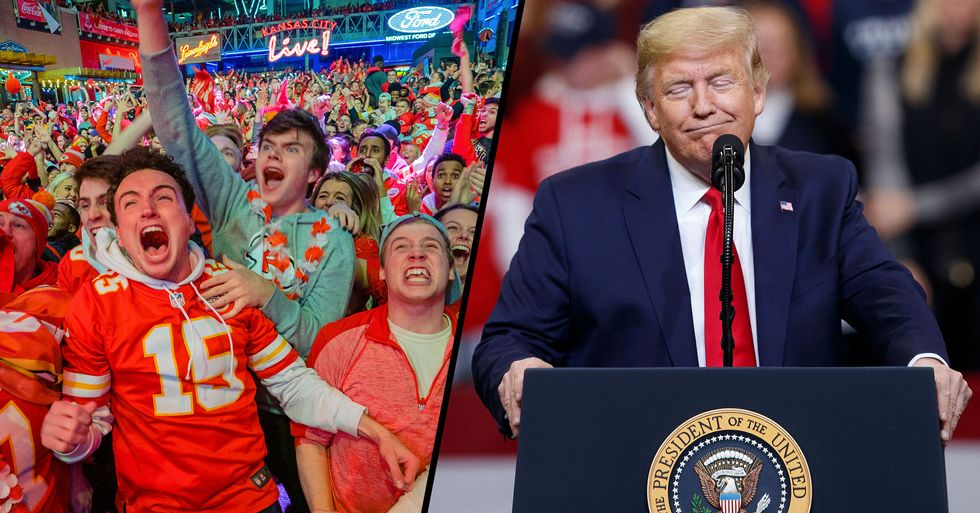 The biggest night in the sporting calendar arrived once again last night.

The entire country spent the evening celebrating, but our very own President made the silliest of mistakes.

Complete with celebrity-studded halftime shows, eye-wateringly expensive ad slots, and of course, some great football to go along with it - there's no doubt the Super Bowl is one of the biggest sporting events of the year.

And last night, the world tuned in to watch the highly-anticipated Super Bowl LIV...

Shakira and JLo were the headliners of this year's show...

And the show marked the first time the music icons have ever performed on stage together.

Their performance got everyone talking...

But not in a good way. The singers were accused of lip-syncing and it's safe to say that, despite their eye-popping outfits, the performance was pretty underwhelming.

But of course, amidst the star-studded ads and long-awaited musical offerings, this a game of football...

And only one team can come out victorious.

Twenty-four-year-old quarterback Patrick Mahomes became the youngest player ever to win both the NFL season Most Valuable Player and the Super Bowl MVP award as well.

And our country, along with the rest of the world, came together to congratulate the team and celebrate their victory.

But, of course, President Trump made a very silly mistake.

Our President took to Twitter to congratulate the Kansas City Chiefs, but he congratulated the wrong state.

The Kansas City Chiefs are from Missouri, and not Kansas...

And in typical Donald Trump fashion, he soon realized his mistake and deleted the tweet.

The President posted the same tweet, but this time with the correct state...

And people were quick to call out Trump for his silly mistake.

It seems that our President will never learn, will he?

But either way... a big congrats to the Kansas City Chiefs of Missouri!