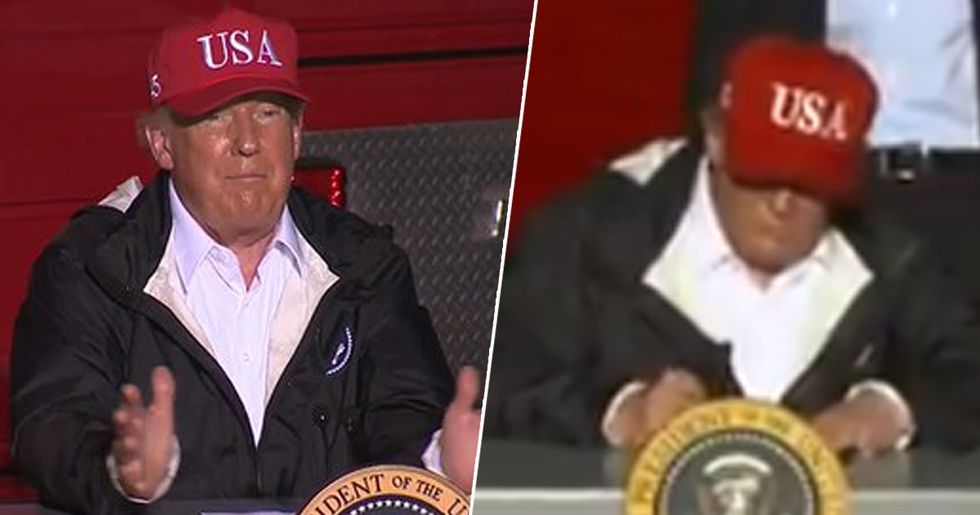 Donald Trump Hands Out Autograph and Says 'You'll Get $10,000 on eBay Tonight'

Love him or loathe him, it's no secret that Donald Trump is a serious kingpin when it comes to making headlines, and now here we are with another.

While visiting people impacted by Hurricane Laura, Trump signed numerous autographs and told people to sell them on eBay.

And, ever since his success, it's been an eventful few years, to say the least.

And a few months back, the President was officially impeached.

A while back Trump and first lady, Melania Trump, attended the College Football Playoff National Championships...

But now Trump has made yet another headline.

Unless you've been hiding under a rock for the past few weeks, you've probably heard all about this horrific hurricane that has devastated Louisiana.

While visiting Lake Charles in Louisiana to see the damage caused by the hurricane, Trump signed numerous autographs for people there.

But he didn't use their names.

Instead he simply wrote his own before telling those he gave them to to flog them on eBay that night.

President Trump says “I need some power.” Then signs autographs telling those he gives his autograph to to sell it… https://t.co/M7fyvZOjrk
— Darren Rovell (@Darren Rovell)1598750542.0

Come here, get over here. I want a little power. Sell this on eBay tonight, you'll get $10,000. If I put your name down, it loses a lot of value. So just sell it tonight on eBay.

That's one way to help out I guess...

Numerous autographs 'apparently' belonging to Trump did emerge on eBay last night. Would you spend $10,000 for one?