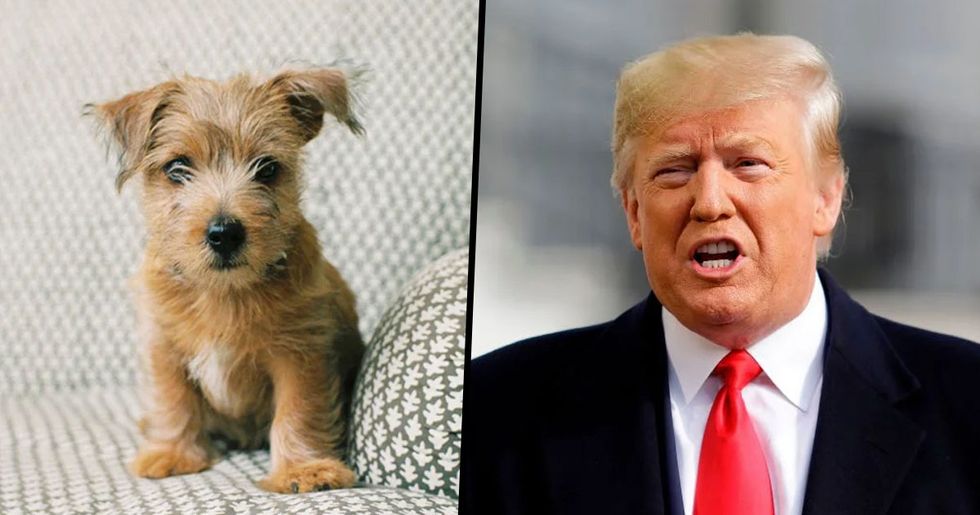 It's astounding as to how animal cruelty hasn't already been made into an official federal felony, but finally today, our country has taken action.

This bill comes just days after the President awarded a military dog with a medal of honor for helping run down terror leader Abu Bakr al-Baghdadi.

Keep scrolling to find out more about the bill and the incredible service dog who saved lives...

Some people just aren't fit to own pets.

Animal cruelty and abuse comes in many different forms, and the hoarding of animals is considered a form of animal cruelty.

But it looks like things are about to change...

President Trump signed a bill into law on Monday that prohibits any form of animal cruelty - ultimately making it a federal felony.

This marks the first animal cruelty bill of his presidency...

And it outlaws narrow types of egregious violence usually committed for the purpose of videotaping them.

The Senate unanimously passed the Preventing Animal Cruelty and Torture Act this month after a similar House vote in late October.

It applies to non-human mammals, birds, reptiles, and amphibians. This builds on a 2010 law that criminalized the distribution of so-called 'crush' videos that outlawed the production of the films.

These types of videos are truly horrific...

Producing a crush video typically consists of filming a small animal being killed by stomping on it. But the new law expands the definition to include animals that are "purposely crushed, burned, drowned, suffocated, impaled, or otherwise subjected to serious bodily injury."

Hopefully, the bill will eventually stop these videos from being shared, and eventually being made...

President Trump said the bill would stop people from sharing footage of animal cruelty. "It is important that we combat these heinous and sadistic acts of cruelty," he said.

Lara Trump spoke to the Daily Mail about how proud she is of her father-in-law for finally putting his signature on this historic agreement.

The "unacceptable" world of animal cruelty...

"I could not be more excited for President Trump to take this historic step today, publicly signing into law a bill tackling the nefarious and unacceptable world of animal cruelty," she said in a statement.

Animals are a huge impact on our day-to-day lives...

"Our companion pets are family members, and our working dogs are our heroes, and any movement to signal and enforce a positive environment for these great animals is a step in the right direction," Ms. Trump said.

There are exemptions, however...

The new law carves out a broad variety of activities for exemptions, including slaughtering livestock, hunting, trapping, fishing, and medical or scientific research.

Euthanasia is exempt depending on circumstance.

Anything "necessary to protect the life or property of a person" or done as part of euthanizing an animal is exempt.

The president's passing of this bill has caused delight around the country.

The passing of the bill comes days after the president awarded a dog with a medal of honor...

He honored Conan the hero dog who helped run down terror leader Abu Bakr al-Baghdadi with a ceremony at the White House Rose Garden earlier in the week where he saluted the animal's toughness in the field as it solicited pats from Mike Pence.

It turns out that Trump is an animal lover himself...

"Conan is a tough cookie. No one is going to mess with Conan," said Trump – who famously broke precedent by failing to get a pet to live with him at the White House.

This is one famous dog...

Conan had already become famous after the White House and Defense Department officials told the story of how he helped run down the ISIS chief before Baghdadi blew himself up last month, killing himself and young family members and injuring the animal.

"It's incredible, the sense of smell, or whatever it may be," Trump said of the service dog's talent.

It truly goes to show how incredible animals really are...

The passing of this bill is monumental, and hopefully, it will improve the way we humans treat and respect our fellow animals.