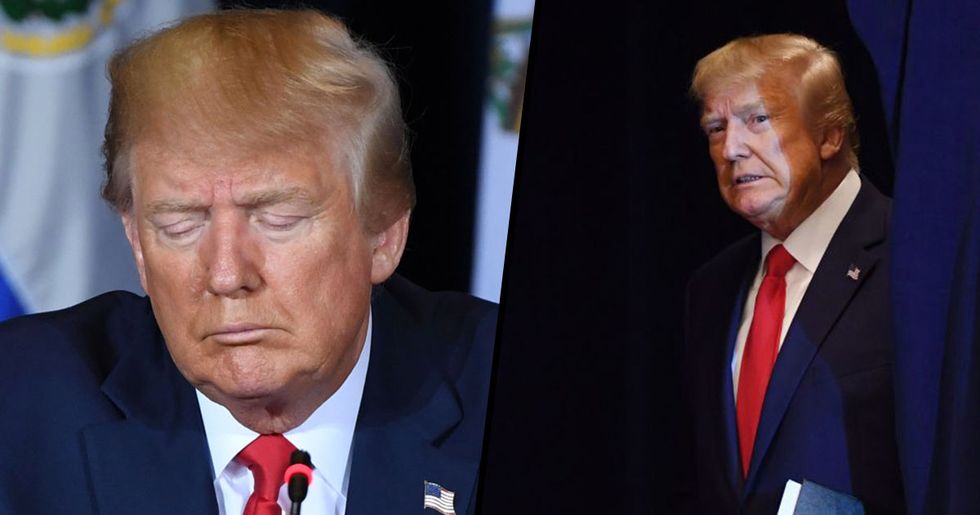 Donald Trump Ordered to Turn Over 8 Years of Tax Returns

Nancy Pelosi and the U.S. House of Representatives announced that a formal impeachment inquiry into Donald Trump is to take place due to allegations that he used foreign power in order to "harm a political rival."

And now things have gotten so much worse for the president as a judge has ordered him to present all of his tax returns for the past eight years. Yikes.

Keep reading to hear all about the latest inquiry.

A few weeks ago, Nancy Pelosi made an announcement that shocked the world.

"The President of the United States is betraying our country on a daily basis. This man who is in the Oval Office right now is a clear and present danger to the future of the United States." Almost four years later, and we're all still saying the same thing! We warned you from day 1.

Just when you think things can't get any worse...

Guess what? A US district judge ordered the president to release his tax returns after a judge ruled that just because you're the "president" doesn't mean you're suddenly immune from investigation.

Victor Morrero had this to say:

"This court cannot endorse such a categorical and limitless assertion of presidential immunity from judicial process."

A New York district attorney had subpoenaed eight years of his tax returns.

Eight years worth of the president’s personal and corporate tax returns, from the years 2011 to 2018 have been kept hidden from public knowledge. These documents also included the contracts which outlined the "hush money" presented to the likes of Stormy Daniels in order to make scandals surrounding Trump go away.

The President has had a history of concealing documents that could incriminate him.

Since he stepped foot into the White House, we've not seen one honest document come out of there. Not a single one. But presidents are usually required to present their tax returns in order to prove they do not have conflicts of interest. So this begs the question: Why haven't we seen them yet, Mr. President? Hm?

I mean, we should have been worried when the president was more eager to present formal transcripts between him and Ukraine than his tax returns! However, since this ruling was announced, things have taken a dramatic twist. I wonder if the White House will let him face this one on his own, or if they'll edit this document too. His lawyers are currently appealing the decision.

We'll just have to wait to see how this story unfolds.

And if you still don't believe me when I say Trump is an evil man with evil intentions, then keep scrolling and hear Brad Pitt say it. You might believe me then...