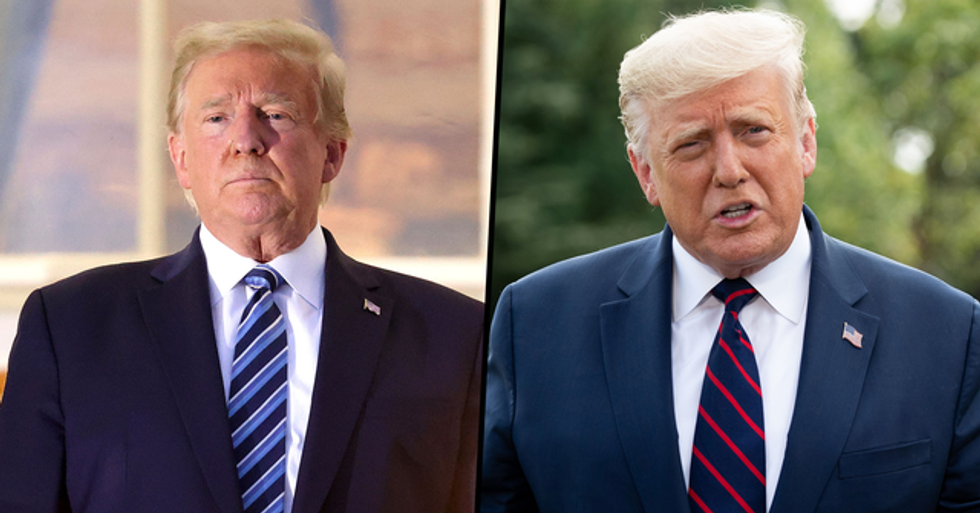 President Trump has announced plans to hold a rally this weekend...

Despite the fact he is likely to spread coronavirus.

As you will all be well aware, Trump was diagnosed with the deadly virus just last week, so the fact he will be attending a public event has outraged many.

However, he isn't going to let a measly pandemic put a stop to his chances of winning another term in the White House...

And, in a shocking interview with Fox News, he laid bare his plans to plow on with his campaign as normal.

And, ever since, the world of American politics has descended into nothing short of a frenzy.

But, despite the outpour of support...

Many people were, quite rightfully, feeling concerned about Trump's chances of surviving the deadly virus.

However, the White House was quick to put many worries to rest.

Mark Meadows, the White House Chief of Staff, spoke at a live press conference in the days following the diagnosis, where he stated that he is "optimistic the President will have a very quick and speedy recovery."

Over the weekend, Trump gave a video update from the hospital, in which he praised the "incredible" Walter Reed National Military Medical Center, and revealed that he had "met some of the soldiers" and was planning a "surprise" visit. Aren't you supposed to be self-isolating, Mr. President?

And, shortly afterward, Trump came forward with a shock announcement.

Well, the campaign is still going to go ahead as normal.

The president announced today that he plans on hosting a rally this weekend, despite having no negative test result.

He claimed that there was "no reason to test all the time"...

Before adding that his test will "probably be tomorrow."

He also insisted that "they found very little infection or virus" in his system...

Though he was heard coughing throughout the interview.

Trump revealed his plans in a shocking telephone interview with Fox News...

In which he claimed his doctor had said he will be able to return to "public engagements" on Saturday.

He also revealed plans for a second rally in Pennsylvania this Sunday...

Though he did not specify exact locations for the planned events.

You can listen to the snippet here.

Most scientists think that viral shedding continues for about ten days after symptoms start in mild to moderate cases, according to the Centers for Disease Control and Prevention, so for the president to go ahead with these would be incredibly reckless.