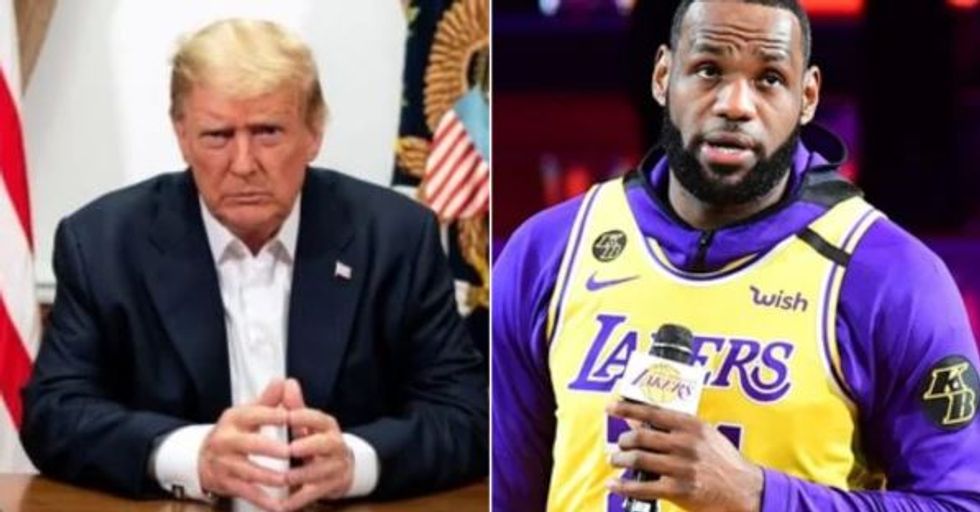 Most people across the world love LeBron James with a capital L.

He's one of the greatest basketball players of all time, he set up a school for underprivileged children, and he's just an all round nice dude.

But one person who can't stand LeBron is none other than the current President of the United States who went on a pretty big rant against the legend yesterday.

Keep scrolling to see what Trump had to say.

LeBron has always been a man of the people...

And, throughout years of major success, he has always remained grounded and stayed true to himself.

And he loves his fans.

In fact, he loves the fans so much that not too long ago he vowed not to play basketball if fans weren't allowed to attend.

He made the announcement during the COVID-19 pandemic.

Where many major sporting events such as the Olympic Games are facing potential cancellation to avoid any further spread of the virus.

It's only fair to say that almost everybody on the planet loves LeBron James.

And after taking a look into his life, his sporting expertise, and his generosity it's hard not to.

But there is one man who can't stand him.

And it's none other than the current President of the United States, Donald Trump, who went on a lengthy tirade against the NBA star in an interview yesterday.

He said he's 'nasty' and a 'hater', adding that he's ruining basketball.

The NBA has become so political that nobody cares about it anymore. I don't even know who's playing in the Finals.

"LeBron is a spokesman for the democratic party and a very nasty spokesman."

LeBron isn't a fan of Trump either.

Or Trump's government - and just days ago he posted a controversial tweet about Mike Pence and The Fly, where he compared Pence to excrement...