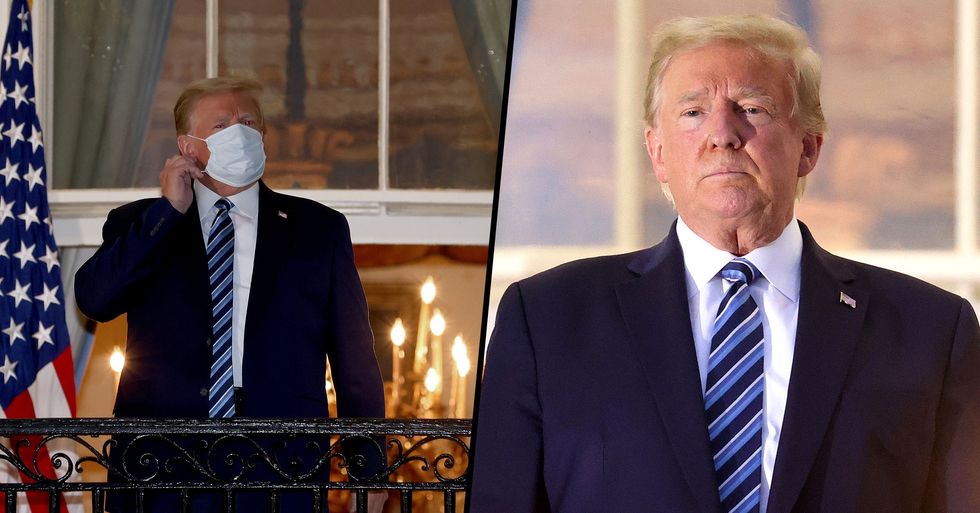 Donald Trump Says Live with COVID Like You Live with Flu

Will President Trump ever take this pandemic seriously?

President Trump's reaction to his COVID diagnosis has been controversial, to say the least...

And now, he's gone and given some even more bizarre and potentially dangerous advice on how to "live with the virus."

Now, we were first given the shocking news of Trump's covid diagnosis on Friday, October 2nd.

Immediately after his diagnosis, the President went into self-isolation.

But the White House put many worries to rest.

Mark Meadows, the White House Chief of Staff, spoke at a live press conference a few days ago where he stated that he is "optimistic the President will have a very quick and speedy recovery."

Meadows refused to comment on what treatment the Trumps were receiving...

And could be seen waving to his fans and supporters.

"Shouldn't he be self-isolating for fourteen days?" "Isn't he putting his driver and his staff at risk of catching the virus?" "What is he doing?"

But then, shortly after the photos, Trump came forward with a shock announcement.

And now, to make things even worse...

The President has issued yet another dangerously placid message about the virus.

He tweeted this today:

"Flu season is coming up! Many people every year, sometimes over 100,000, and despite the Vaccine, die from the Flu. Are we going to close down our Country? No, we have learned to live with it, just like we are learning to live with COVID, in most populations far less lethal!!!"

So apparently, we just have to learn to live with COVID...

The virus that has killed more than 200,000 Americans?

We hope the President will reach some clarity soon.