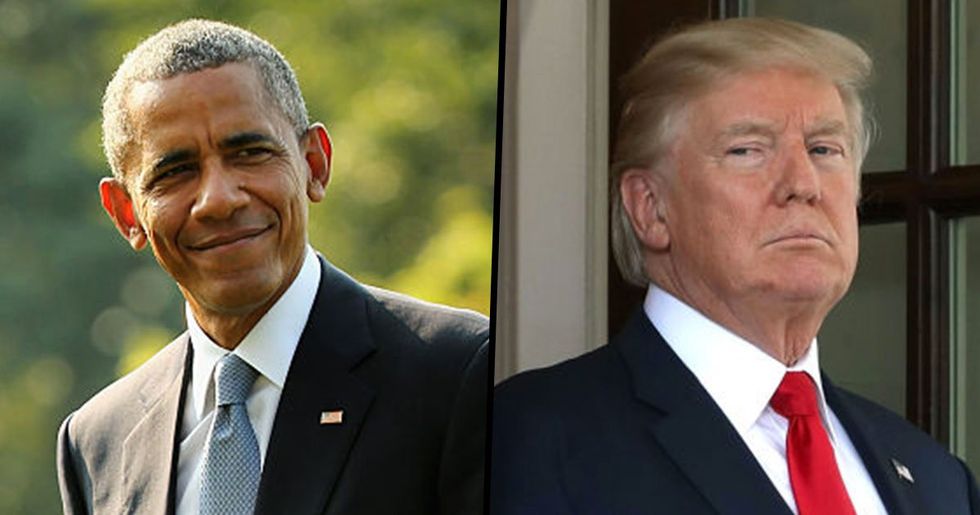 But it seems that no one has explained this to Donald Trump. In the grand tradition of misassigning blame, he's gone for an absolute classic in terms of scapegoat: violent video games. And, after receiving immense backlash for such a comment, he is now trying to pry the pressure off himself by dragging Barack Obama's name into the mess, claiming that he got a "pass" on the mass shootings during his reign.

Instead of addressing the real issues at hand here, the president has pulled something else from his sleeve.

After receiving immense backlash for his comments about video games being the cause of mass shootings in America, the president is now attempting to divert attention away from himself and onto ex-president, Barack Obama.

Donald Trump seems to be promoting the idea that Obama got a "pass" while he was in power.

He tweeted a quote from Brian Kilmeade from Fox & Friends, which only enraged the American people further.

This seems to be in retaliation to comments made by Obama on Monday, condemning hate speech.

This is what the former president had to say: "We should soundly reject language coming out of the mouths of any of our leaders that feeds a climate of fear and hatred or normalizes racist sentiments; leaders who demonize those who don't look like us, or suggest that other people, including immigrants, threaten our way of life, or refer to other people as sub-human, or imply that America belongs to just one certain type of people." Can you blame him?

This is the same guy that laughed when someone said that the solution to the immigration crisis was to shoot immigrants.

Oh, you don't believe me? Here's the video. This is the president of our country, ladies and gentlemen.

As opposed to offering further solutions to gun control, he keeps trying to send the spotlight elsewhere.

The bottom line is that Obama tried to ban assault weapons during his reign, but his idea was rejected by the majority of Congress, so that immediately fell through.

And yet it seems as if Trump isn't even willing to consider tightening laws any further.