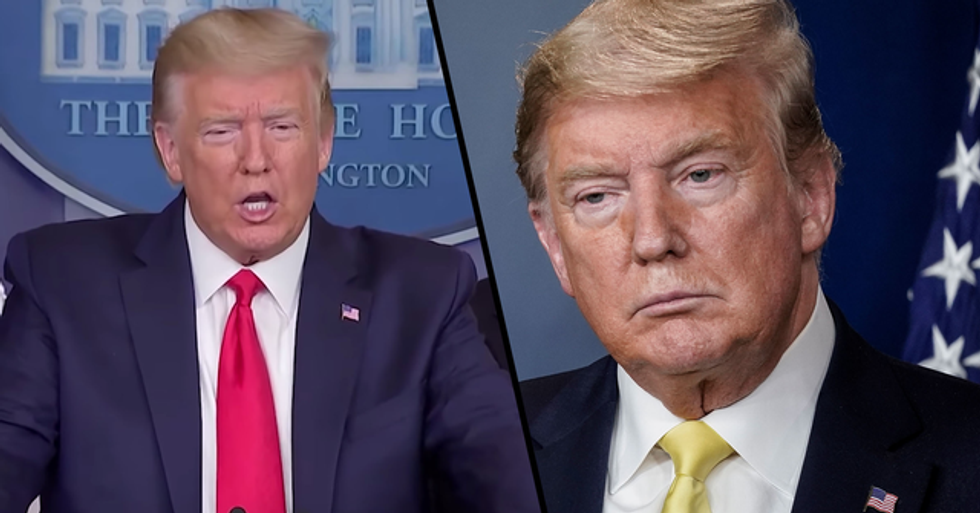 Amid the ongoing coronavirus crisis, President Trump has come forward with an incredibly important message for the nation.

Keep scrolling to hear what he had to say...

We are currently experiencing the largest pandemic the world has seen in decades.

Since the first confirmed case of the virus in Washington in February, the numbers have risen to 35,070 across the full country, and a further 458 have died.

In a press conference last week, Trump admitted: "We have a problem that a month ago nobody ever thought about."

And, last week, he insisted that he "felt it was a pandemic long before it was declared a pandemic."

He even sent out a message of love and positivity to all those affected by the virus.

And now, the President has an even more important message for the nation.

As you all know by now, Trump imposed a temporary travel ban between the States and all European countries, including the U.K. and Ireland.

Well, that travel ban could be lifted very soon.

Trump has announced that, at the end of the fifteen-day travel ban period, he will be making the decision as to whether to reopen our borders.

Taking to Twitter, the President typed out an urgent and rather aggressive message...

Which informed people that "we cannot let the cure be worse than the problem itself", and that he will soon be making a decision "as to which way we want to go."

This comes only a day after New York City went into full lockdown...

So, understandably, many are feeling conflicted by the President's latest message.

This is a breaking story, and we will post updates accordingly.

But for more information on the New York lockdown, keep scrolling...