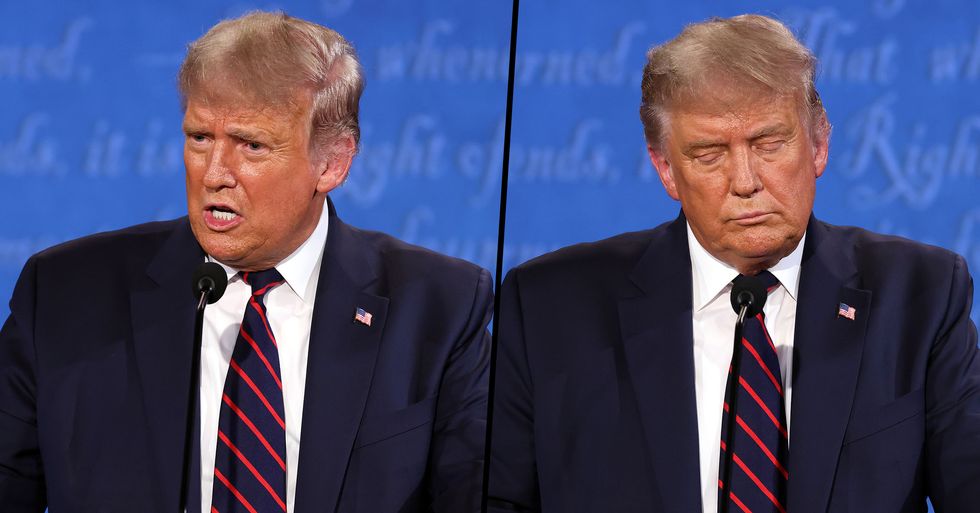 It seems as though behind the scenes, even senior Republicans aren't happy with Trump's performance...

The presidential debate was nothing if not controversial.

But it seems even senior Republicans can't really stand behind Trump's "crappy" performance.

And, at the debate, it seemed that their mutual feelings of resentment finally reached a boiling point.

There was another moment that shocked viewers.

He then followed up with, "This is so unpresidential," after which Wallace ended the segment. And the internet had a lot to say...

not even watching the debate cause i truly don’t have the mental capacity rn but my non american ass is stressed for all of u i’m so sorry
— melanie (@melanie)1601432911.0

But now an unexpected voice has spoken out.

Republican advisor Stephen Moore has slammed Trump in some behind the scenes comments.

"It was not a great performance by Trump," he revealed.

"In fact, I thought it was a pretty crappy performance by Trump."

This isn't the first time he's spoken out.

Following 2016's debates with Clinton, Moore referred to Trump as, "so bad in that debate, just awful."

This does not look good for Trump.

Want more controversy from the presidential run? Scroll on...