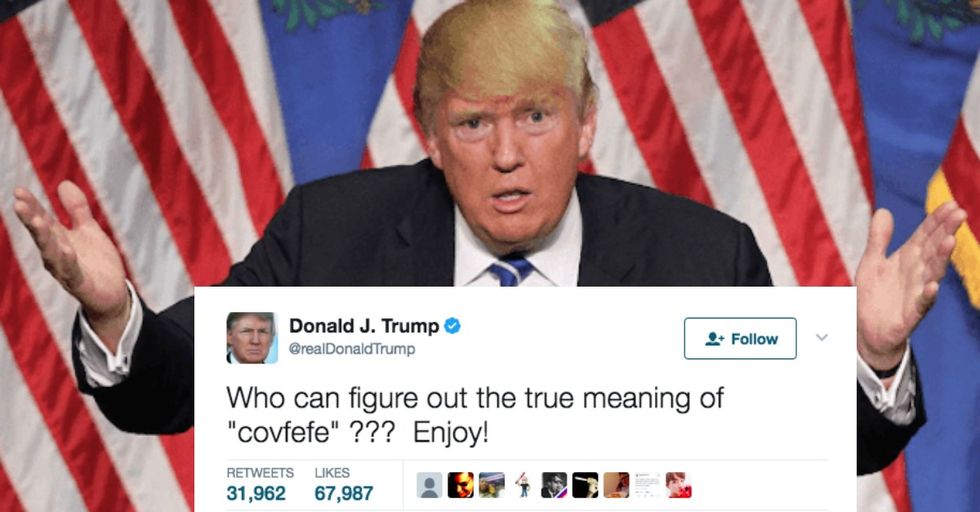 In the early hours of Wednesday morning, our President sent out a tweet — which he is known to do — but this one had people just straight up confused.

... "covfefe"?? More than an hour went by and it still wasn't deleted, leaving people to wonder if he truly meant to write that. Or was it a typo? Was it code? Did he get distracted by the thought of delicious chocolate cake?

As the hours went by — and Trump aides presumably wrestled his phone away from him — the internet decided to take whatever the heck "covfefe" was and Twitter quickly became ripe with users who had plenty of jokes aimed at Trump's slip-up.

Maybe it wasn't a typo?

There were many theories.

And it brought on the memes.

Even the dictionary got involved:

And then SIX HOURS LATER, he deleted the tweet and sent this out:

It was a wild ride while it lasted.