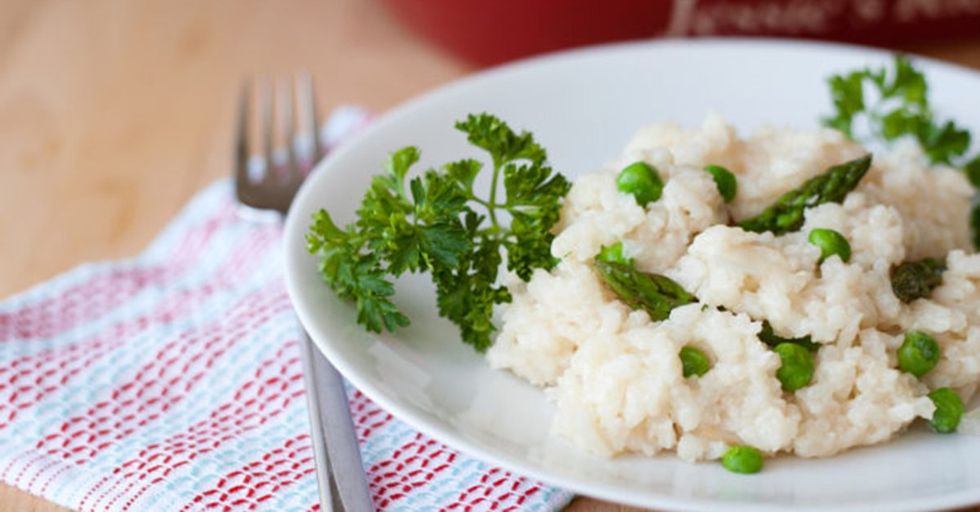 Don't Reheat ANY of These 8 Common Foods In the Microwave...They Can Make You Sick

Microwaves, depending on who you ask, can be either a godsend to those looking for a quick way to heat things up, or an unhealthy way to inject your food with concentrated radiation out of laziness.

Yikes. Quite the difference of opinion, right? But the experts have agreed that common, seemingly-innocent foods like eggs, celery, and many popular snacks are terrible for you if prepared the wrong way. See the rest of the list and the right way below.

Well, before we go any further, let's examine how microwaves actually work.

For such a common item, their operation sure seems to be a source of mystery for millions.

Even those who understand their operation can't seem to agree on whether or not they're dangerous in general.

People would like to know, especially those who rely on them.

While the jury is still out on their general usage, one thing's for sure.

There are tons of reasons not to use them on specific foods. The reasons may vary, but the experts are in agreement.

There's a lot of BAD (really bad) info out there on how to microwave stuff you shouldn't, so you'll want to know this list.

For instance, this video offers some truly bad advice on nuking eggs. See why on the following pages.

Celery contains nitrates that can become carcinogenic nitrosamines if reheated in the microwave.

Who wants to reheat celery anyway?

You're probably not microwaving celery all by itself, but you might be microwaving it when it's an ingredient.

It's an ingredient that's more common than you think, so don't ignore this. Soups, salads, and stews often contain celery. It's not that you can't reheat it, just use the stove!

They're fine if they're refrigerated, but keep them at room temperature or colder to consume them as leftovers.

Beyond the fact that they're really unhealthy to reheat, there's an even more important reason, especially in a shared space.

Reheated eggs ABSOLUTELY stink up the entirety of any area they occupy. If you're not going to do it for your health, do it for the noses of those around you.

Heat it in a pan or leave it out to get it to room temperature.

The composition of mushrooms changes as well.

Reheating them in the microwave can lead to stomach aches or bloating.

Beyond that issue, mushrooms are like 95% water, so microwaving them brings about an odd reaction.

Under the intense heat, they essentially steam themselves, turning into a gooey, rubbery mess. Not the gourmet experience you were going for, is it?

This next one is brutal. You've probably microwaved dozens of them THIS year, but you should stop ASAP.

You would think this particular food would be indestructible, and they normally are, but not in the microwave, sadly.

Yup. Even potatoes get dangerous when microwaved. They lose nutrients and can even develop botulism when nuked.

The proteins in chicken also change when you microwave them. The result can make you sick to your stomach. So consider another way of heating it back up or eat it cold to keep from drying it out.

What else have you been doing wrong this ENTIRE time? We've got more, and you'll want to know what they are before you cook your next meal.

Beets are another veggie with nitrates that can cause cancer if you heat them up in a microwave.

You might not go heavy on the beets as it is, but steer clear of them altogether if you're nuking stuff.

Your taste buds, your health, and your dinner guests will all thank you.

IN fact, in case you haven't noticed a theme here, try to avoid the microwave unless you KNOW something is safe to toss in there. There's just too much at stake!

Even rice can be a threat. It holds lots of bacteria thanks to its moisture and surface area, so it's best not to eat any form of reheated rice.

Some of the things left off this list should be obvious for reasons pertaining to common sense.

But in matters of science, yield to the professionals, and when you're in doubt, find another way to cook.

Your health and fellow diners will thank you.