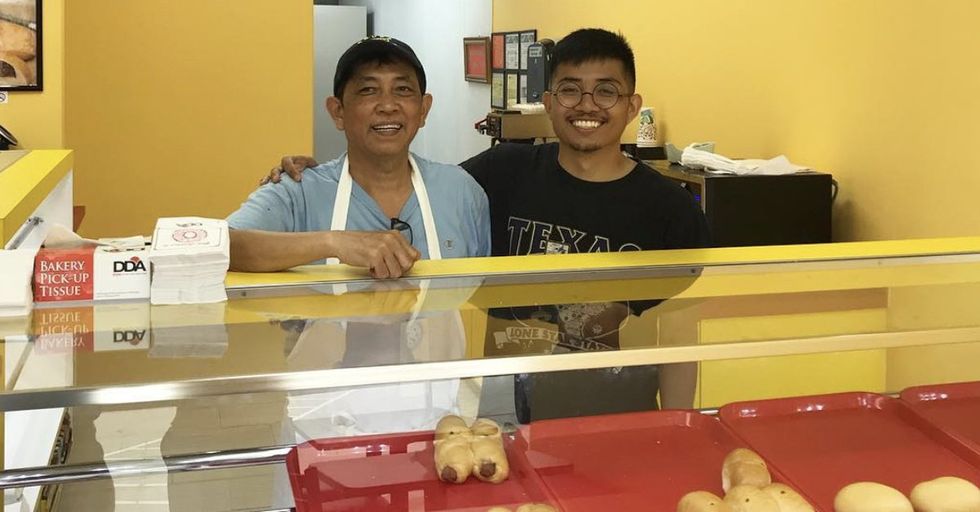 Opening a new business is hard. When no one knows who you are, you have to prove yourself. Nearly 20% of new service industry businesses fail in their first year. Not too many employees expect that they have a 20% chance of losing their job in the first year of employment. So it's no surprise that there are a lot of emotions that come with opening a new business.

Maybe you're excited about the prospect of what's to come. Maybe you're nervous that it's not going to go well. But if you have a grand opening and no one shows up? Oof, that's gonna come with a lot of emotions too.

That's why one young man Tweeted out looking for support for his father's new donut shop. The amazing part of the story is what happened next. Sure, the internet can be an awful place, but this is one of those stories of the internet being fantastic.

Our story starts with a guy named Billy By.

He lives in Texas and has a bit of a passion: donuts.

The place is named "Billy's Donuts," and when you hear about the kind of son that Billy is, you'll understand why.

Billy is the son every dad would want.

Even if he sometimes razzes his dad about painting the walls yellow.

And when it came to opening Billy's Donuts?

Who knew social media could be so powerful?

Billy's Donuts had a rough start.

So our boy Billy Tweeted out letting everyone know that his dad was sad because no one was at the shop.

And the empty parking lot? Well, it's not so empty anymore.

And these reviews absolutely have me craving donuts.

The local community turned out in a serious way.

Both in their quality use of GIFs in Twitter replies, and at the donut shop.

Things started to turn around for the shop.

Tons of people realized they had to check out this donut shop.

And vowed they would make a stop soon.

We're not at all surprised about this boom in success.

Look at how delicious those donuts are. LOOK.

Billy gave an update the next day: they had sold out completely!

The local news even picked up the piece.

Bringing more positive press (and positive feels) to the shop.

Billy's dad is looking much happier these days.

We cannot abide a sad dad.

For once the internet is making us feel good.

Billy's not the only one who got to feel good about his success.

The people of Twitter are full on weeping for joy over here.

Sometimes all it takes to make a bad day better is witnessing simple kindness.

It definitely made my day.

The Twitter community local to Billy's was justifiably proud.

It's always beautiful to see the people around you come together.

Some supporters went a step further.

They didn't just show up at Billy's: they wanted to help in the long term.

A few users offered simple business advice to help Billy and his dad do better.

Everything from claiming a Yelp page to buying a Square register.

Businesses weren't afraid to jump in and help out too.

Other people gave helpful hints for how to spruce up the place.

We do love those yellow walls though.

The Tweet went so viral that Billy's had a visit from some special guests.

They keep on selling out!

But the heart of this story is the bond between father and son.

A bond that left many followers of the story feeling a bit teary.

Billy knows how lucky he is.

We just hope his dad knows too.

We're just over here crying over the power of family.

So if you're having a bad day today...

Just remember that good people still exist, and they're out there doing good things.

And don't forget to eat some donuts.

They make every day better.