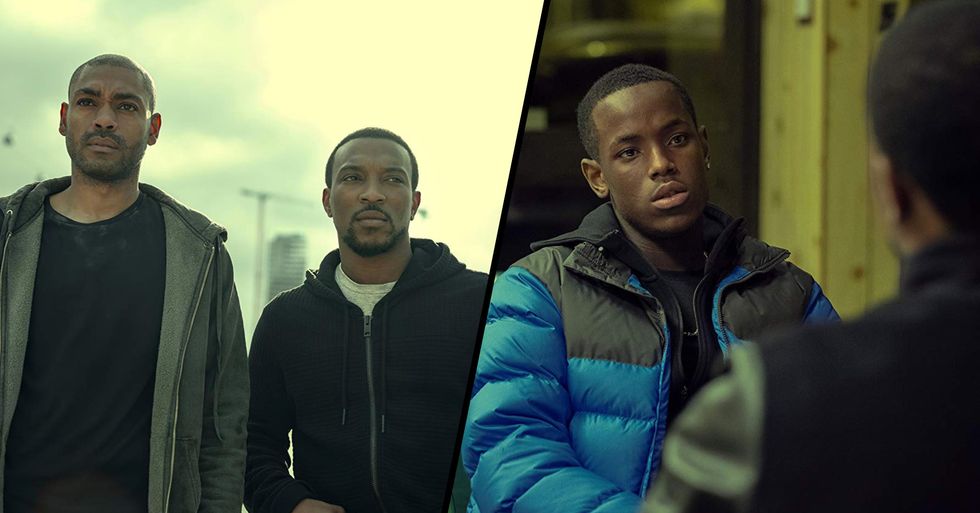 Since 2011, Top Boy has proven to be extremely popular worldwide.

With its last season airing only a few months ago in 2019, fans have already been eager for a fourth season.

Now, the one and only Drake has confirmed that a new season will be coming this year.

The storyline follows 2 drug dealers who ply their lucrative trade at a public housing estate in East London, U.K.

A gritty and somber story...

The series, that originally aired on the British Channel 4, revolves strongly around Dushane (played by former rapper Ashley Walters) who is running his own drug business in a bid to become the richest man on the block.

The series truly outlines the consequences of working in the drug-dealing trade...

And it also emphasizes the devastation brought onto families and innocent people from the rivalries of gangs.

It was billed as an "honest look" on London's gang culture...

And this was highly praised by eager viewers, which prompted producers to look into a second season.

Ultimately, Top Boy went on to have 2 more seasons...

And despite season 3 arriving after a 6-year gap, fans loved it even more.

Season 3 aired only a few months ago.

It follows Dushane and his partner Sully (played by Kane Robinson) working against their rival gang with a lot of risk at stake.

It was a huge success.

The sometimes hard to watch and "tough" exterior of Top Boy is what fans love so much about the series, and there's one person we have to thank for the return of season 3...

Drake. The world-famous rapper discovered season's 1 and 2 a few years after they aired, and he decided to help create the third season and "breathe some new life" into the show.

Drake was already a huge fan of the show...

And the cast was more than happy to work with the rapper and bring the show back to life. "It's amazing to be back," Ashley Walters said to the BBC back in September 2019, "I ain't gonna lie - in the beginning, I was slightly starstruck meeting him [Drake], but obviously he's a big fan of the show, and the actors in the show as well. So there's a mutual respect there."

Netflix took over for the come back of season 3...

Which meant a bigger audience globally.

And a bigger audience means...

Fans have already been pestering for a fourth season...

And last year, shortly after the release of season 3, Ashley revealed that a script was already in the works.

It wasn't a guarantee...

But Ashley said to Metro, "Fingers crossed, we haven’t had the actual green light yet but it’s looking promising."

"In preparation for that we've already been working out storylines and writing so it's looking good. Obviously, I won't give anything away but it's looking dope and we're all looking forward to going again with the show," the actor went on to say.

The anticipation has been steadily building...

But it seems that there has finally been a Top Boy season 4 confirmation.

Drake gave the green light to a fan on Instagram...

GRM Daily posted an Instagram post about Top Boy, praising it as one of the most popular shows of 2019, captioning it, "Will we see a new series in 2020?" To which Drake commented, "Of course."

We love you, Drake!

Of course, this is fantastic news for not only Top Boy fans, but for anyone who loves binge-watching a good TV series.

A release date is yet to be confirmed, but we officially have less than a year to go!