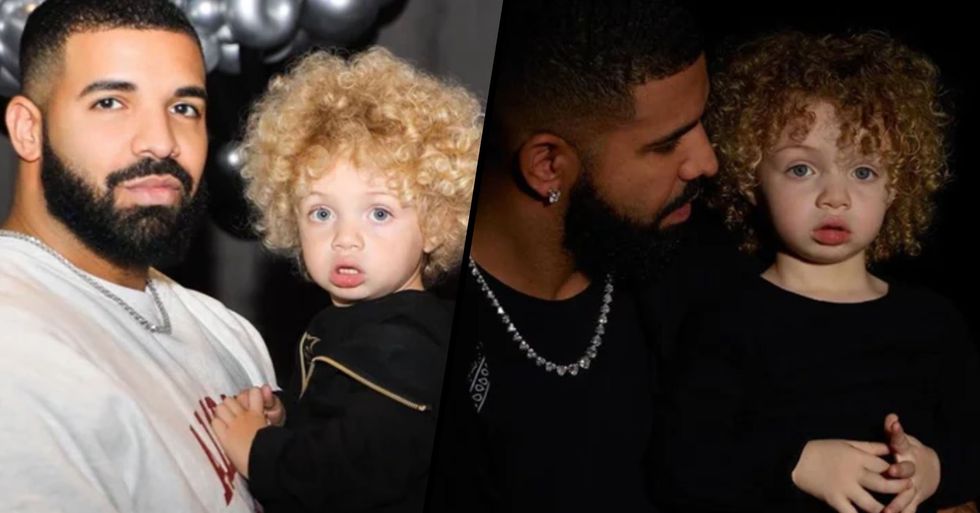 Drake certainly doesn't come across as the dad type, but all that has changed after new photos have surfaced, revealing his 2-year long secret.

The iconic rapper wrote the most emotional post about his "beautiful family," and has finally addressed some seriously hurtful rumors.

Drake is all over social media at the minute.

But if somehow you're not up to date with one of the worlds most iconic rappers, here's a little overview... Aubrey Drake Graham, known best by his stage name "Drake", is a rapper, singer, actor, and producer.

Drake quickly established himself in the music industry.

The album featured some rather famous faces.

He took a break.

After his break from music, he made a sudden return to the scene with new tracks.

It came as a big surprise.

The thirty-three-year-old dropped 2 new tracks. One was called “Chicago Freestyle" and the other “When to Say When."

Although, people have started questioning why Adonis doesn't look like his father.

Pictures were finally shared of the little guy on Monday, which left fans in shock.

He was boasting bright blonde hair!

The pictures were shared by Drake with a lengthy heartfelt message expressing love for his family.

She shared some pictures of Adonis herself, after only ever posting pictures covering his face.

She addressed the elephant in the room.

Commenting on Adonis' blonde hair and joked that both her and Drake were naturally blonde, adding an edited picture of the pair with blonde locks.

"Thanking God everyday for blessing me with such a beautiful family and amazing friends. I wish that much on everyone, keep safe and positive, sending a lot of positive vibes to the world. PS : all this time you thought @champagnepapi was dark-haired…but Adonis’s parents are really blonde."

The edit of Sophie donning blonde hair is quite convincing.

Drake on the other hand... well, that's better left unsaid.

It's still unknown how Adonis got his gorgeous blonde hair.

However, you can definitely see Drake in the little guy's features.

Previously there has been drama between the couple.

But going off their recent Instagram posts, it appears that the pair have settled their differences.

The rapper wrote: "Everything comes down to intention, and even though there are conflicting energies circling around us you must KNOW…It will rebuild. But in order for that to happen, you have to do exactly that. Trust. You have the biggest heart and that is your greatest gift. It’s impossible to always control your surroundings, but when you shift the focus to how you want to feel, everything will conspire to assist you. I love and miss my beautiful family and friends and I can’t wait for the joyful day when we are all able to reunite. Until then please keep your lights on."

The couple has kept their son out of the media for 2 years.

But he's clearly too cute to be kept a secret. Drake is clearly pretty bad at keeping secrets, his feelings for Rihanna is another one he can't hide. Keep scrolling to see Drake caught flirting with the pop icon...