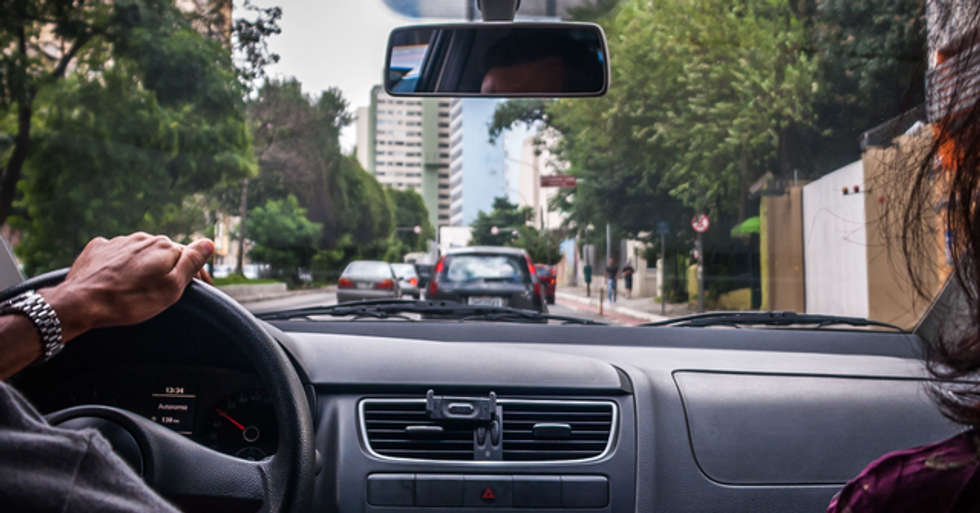 Driver Crashes Into Roadsign After Seeing Spider Inside Their Car

It's safe to say fear of spiders is pretty common - but one driver's phobia seems rather extreme...

There's nothing more relaxing than going for a drive.

You can create your perfect environment.

Air blasting, music pumping, the world is your oyster.

Plus, is there any more convenient way of getting from A to B?

We're reliant on our cars for a reason!

But that isn't to say driving is stress-free ...

As one driver from the Isle of Wight discovered this week.

Because while on his journey...

He spotted one very unwelcome hitchhiker - of the arachnid variety.

It's probably the most common phobia...

Arachnophobia, or more commonly known as the fear of spiders, affects a staggering percentage of people here in the U.S.

But why are we so scared of the creatures?

Considering that (most of) these insects are relatively harmless, it seems quite silly that we freak out so much over them... Doesn't it?

Psychologists hold many theories over our somewhat irrational fear...

Some suggest that arachnophobia was a survival technique for our ancestors and that the fear has simply been conditioned into us throughout generations.

Though not all psychologists believe this...

As some feel that arachnophobia is more likely based on cultural beliefs about the nature of spiders.

But, whatever the reason may be...

The fact remains that hundreds of thousands of us are completely terrified of the eight-legged arachnids, and nothing about that is going to change anytime soon.

Though we do have to count our blessings...

Because we live in a country where most of our eight-legged critters can be caught with a drinking glass and a piece of paper.

So what if you can't catch it?

As one motorist discovered.

He was driving in Wooton, on the Isle of Wight when he saw an unexpected passenger.

So he did what any arachnophobe would...

And tried to get that spider out.

There was just one problem.

It can be pretty difficult to remove a spider while keeping your eyes on the road ...

And in the kerfuffle that followed ...

The motorist crashed his car.

Luckily, there were no major injuries at the crash site.

The car hit a pole in the center of the road, rather than another vehicle.

But the police released a statement anyway...

"We are glad to say the driver only has minor injuries from this incident but as always please keep your eyes on the road as there are lots of distractions around at this time of year."

via: Isle of Wight Police

It's pretty amazing to see all the havoc a single spider can inflict.

via: Isle of Wight Police

If you spot a spider in your car, pull over before trying to get 'em gone. Want another horrifying tale of a spider-induced car crash? Keep reading...