'Drone' Almost Hits Air Force One With President Trump, Melania and Barron on Board | 22 Words 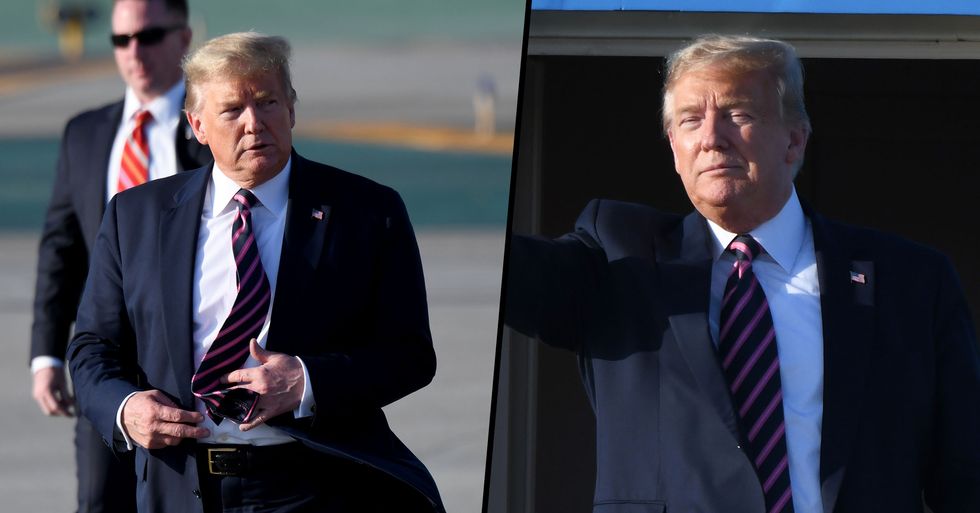 'Drone' Almost Hits Air Force One With President Trump, Melania and Barron on Board

According to reports, the White House has launched an investigation into a "drone" that almost hit Air Force One while President Donald Trump, Melania, and Barron were on board.

Read on for all the details we have so far.

President Trump has been having some bad luck recently.

And this "drone" is only making things even worse. Since winning his place in the White House back in 2017, President Trump has continued to divide opinions with his controversial politics and irrational behavior but things haven't really lightened up as we get closer to November.

It's been a strange couple of years, that's for sure.

Since the coronavirus pandemic took over the world, there's no denying that Trump has handled it awfully.

All while others focused on his wig/hair.

The answer is yes.

So now that's been put to bed, let's talk about an incident that's happened recently.

According to reports, the President, his wife, and his son could have been involved in an accident but thankfully were not after a "drone" almost collided with Air Force One while they were on board.

The White House has launched a full investigation on the matter.

As the aircraft proceeded to land in Maryland, a small "drone" of some sort hit it.

He wrote this: "@realDonaldTrump just landed at Andrews on AF1. Shortly before, while descending, we flew right over a small object, remarkably close to the president’s plane. Resembled a drone though I’m no expert."

Jennifer Jacobs, another reporter, also commented on the issue saying this:

"Multiple people on AF1 saw what appeared to be a drone just below the plane as we were descending toward Joint Base Andrews. We came very close to hitting it, per @SebastianAFP, who had a window seat."

The President was returning from Trump National Golf Club when it happened.

Reports by Bloomberg state that the object was "yellow and black" and looked like a "cross."

But until the full investigation is concluded, no one will really know.

According to Aviation Pros, a normal drone could not cause too much damage to an aircraft, but it could still cause enough havoc if it shattered a cockpit windshield or damaged an engine.

At least it didn't and the aircraft landed safely at Joint Base Andrews.

⁦@realDonaldTrump⁩ and family on way back to White House after a weekend of golf and a rally with police supporters… https://t.co/fIkQhs56H3
— Sebastian Smith (@Sebastian Smith)1597616022.0

Hopefully, it was all just an accident and had no sinister underlying. Keep scrolling if you want to see what Melania Trump has done to get the internet fired up...