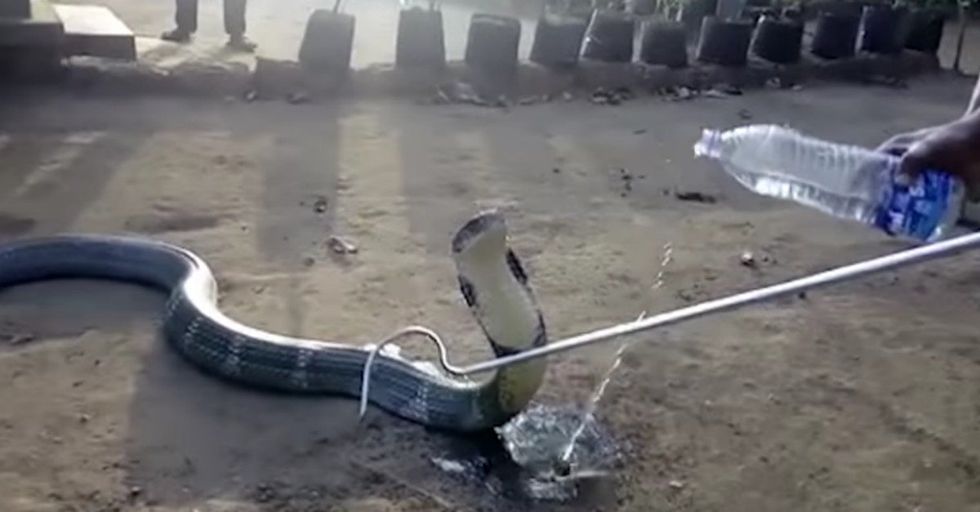 But when a terrible drought ravaged southern India, this 12-foot-long King Cobra decided to leave its solitary life behind and head to a local village in search of water. Snakes get thirsty too! I have to imagine this was a terrifying sight to behold, but the locals in the village reacted with kindness.

The locals were compassionate but not STUPID, so one guy held the Cobra's tail to ensure it didn't attack the other man who was helping to give it water.

The brave man in front then gently splashed some water onto the Cobra's head to cool him down. Aww.

The man, still holding the snake catcher pictured here, extended the water bottle to the massive beast to see if he would take it and... success!

The thirsty snake accepted the locals' generous gift and fortunately no one was harmed. The snake was thirsty no more! After the incident, the big guy was taken to an animal care facility.