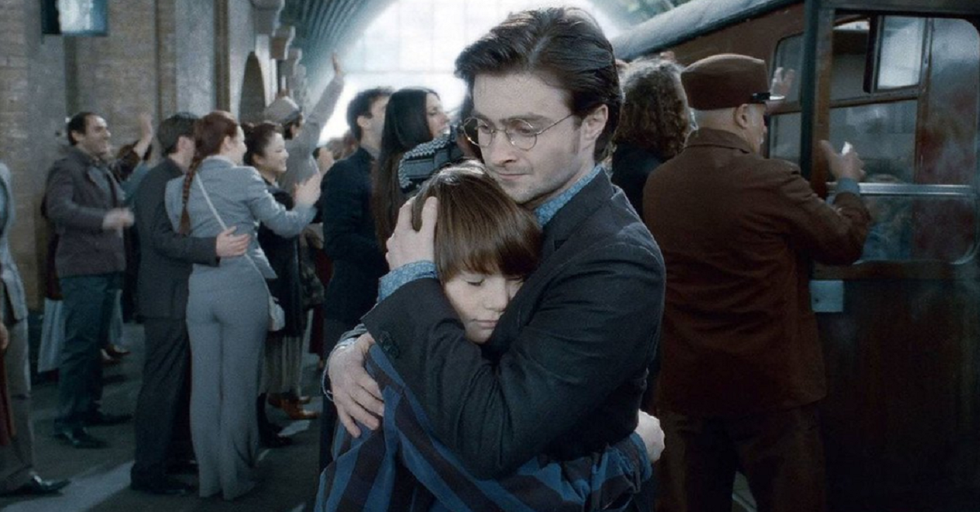 If you're a fan of J.K. Rowling's Harry Potter series (and let's be honest, who isn't?), then you might know why today's date is so special in the Potter universe.

You might recall, in the last chapter of Harry Potter and the Deathly Hallows, Harry takes his son, Albus Severus, to King's Cross Station in London to leave on the Hogwarts Express.

And because Rowling never leaves out a single, impeccable detail, she actually gave a specific date for those events: today, September 1st, 2017.

It's basically the ultimate fan service chapter. Harry and his wife Ginny take their son to the Hogwarts express, Ron and Hermione take their son, and even Malfoy brings his son.

As well as their adorable wizard offspring.

Since Rowling gave a specific date for the events, people were anxiously waiting for "nineteen years later."

Luckily Harry Potter fans only had to wait about ten actual years, since The Deathly Hallows was released in 2007.

And now that "Nineteen Years Later" is today, people have been celebrating en masse.

The cast of The Cursed Child play celebrated with an awesome Hogwarts Express shaped cake.

But the absolute best celebration was from an unlikely source. You'll definitely want to see what Rugby Station did to celebrate...

Rugby Station in England gave a subtle but genius nod to the Harry Potter series.

They snuck a sign in there for the Hogwarts Express, but added "Wizards and Witches Only," in case anyone tried to hitch a ride.

If you miss the Hogwarts Express, Professor Snape has some advice for you.

Right, definitely "don't" take a flying car like Harry and Ron did in Harry Potter and the Chamber of Secrets...

If you have your letter to Hogwarts, then you better hurry down to King's Cross Station!

You definitely don't want to get left behind in the muggle world. It sucks here!

Unfortunately most of us are still waiting for our letters...

But at the very least, we can visit The Wizarding World of Harry Potter and pretend for a few hours.

#19YearsLater has people feeling some type of way.

Is it getting dusty in here? The fans of the Harry Potter series are some of the most dedicated fans around, for sure. But the fans didn't stop there...

Like Albus Potter, many wonder about which house they would be a part of.

It didn't matter to most fans.

They were just happy to celebrate their beloved series again.

Some fans took it a step farther and went to the real King's Cross Station to celebrate.

But unfortunately, there were no wizards or witches there, just lots of muggles.

Today officially means that everything that happened in the "Harry Potter" series is now in the past.

Which boggled quite a few minds and made others very sad.

Regardless, today is a day to celebrate Rowling's legendary series.

And it might be time to binge-read those books again.