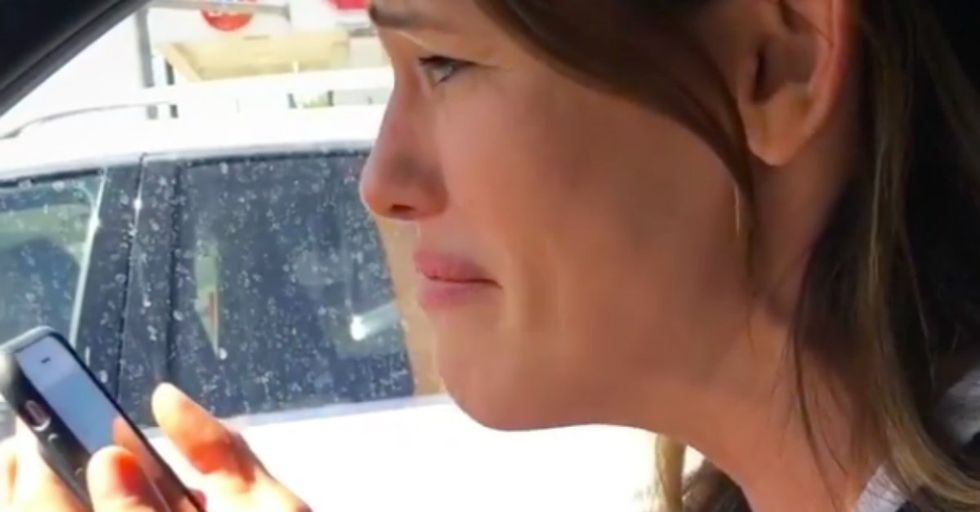 Do you remember the first time you watched "David After Dentist"? For many of us, that was the moment that we realized just how magical the Internet could be. Since that video was posted (eight years ago!), the "post-dentist visit" video has become a whole genre of entertainment. There's something so hilarious about listening to someone's drug-addled ramblings about whatever's on their mind. It's funny when anyone does it, but when a celebrity shares a post-dentist visit, it's seriously a gift to the world.

Jennifer Garner recently shared her very own post-dentist ramblings, and it instantly made her the most #relatable that she's ever been.

Jennifer Garner is a national treasure, but she keeps a pretty low profile when it comes to social media.

She has an official Facebook page, but no Twitter account. Until this month, she didn't have an Instagram, either. In the past, she's questioned whether anyone would want to see her posts on Instagram. "There is nothing I would put out [on Instagram] that people would want to see," she told People. "It's probably best to stay away. They don't want to see me and my mom friends after kindergarten drop-off."

Her very first post was an adorable video that captured the hearts of thousands. Jen, you've been hiding your light under a bushel! Welcome to Instagram!

Garner used her new Insta platform to raise funds for victims of Hurricane Harvey. Reminder: this was her second post ever. She was already crushing it.

Garner even surprised herself by posting a Boomerang of her working out.

She captioned the photo with "#isworeidneverboomerang." We get it. We've all sworn we wouldn't fall prey to the Boomerang's charm. But they're just so fun!

So yeah, Jennifer Garner quickly showed us all that despite being a little late to the game, she had Instagram on lock.

Yesterday, after a mere two weeks on Instagram, Garner shared a video that will undoubtedly go down as one of the all-time best celeb social media posts in history. It involves the dentist...and Alexander Hamilton.

Garner's video shows her sobbing and talking about the musical Hamilton after a trip to the dentist that involved novocaine and laughing gas.

"They did the sad part of Hamilton!" Garner sobs into her phone. "I started crying and I couldn't stop!" Whoever's on the other end of the call starts chuckling, but Garner isn't done raving about Lin-Manuel Miranda's masterpiece. "It's so beautiful! That musical is so pretty!" she says, before again breaking down in tears.

Apparently, Garner sent the video to Lin-Manuel Miranda when it was first recorded. He was thrilled to see that she had decided to share it with the rest of the world.

Ready for the hardest question of your life? Who do you like more: sobbing, drug-addled Jennifer Garner or Lin-Manuel Miranda? Don't try to answer that question. It's impossible.

People were quick to point out that Garner's reaction Hamilton can only be partially responsible for Garner's response.

Seriously. If you can make it through "Who Lives, Who Dies, Who Tells Your Story" without at least tearing up, you should probably turn yourself in for some kind of medical study, because you've been living your entire life with no heart.

Apparently, there are a number of people who cry about Hamilton right after a visit to the dentist.

Which makes sense, because there are a lot of people who cry about Hamilton at literally any time of the day after doing literally anything. This poor girl couldn't believe that (spoilers for history) Hamilton cheated on his wife. Honestly, neither can we. What the heck, Alex?

This young woman also found herself overwhelmed with love for Hamilton at the dentist.

She also thinks that Lin-Manuel Miranda is her father. Anyway, as it turns out, Jennifer Garner isn't the only celebrity who's shared a post-dentist-visit video on social media...

Here's Simone Biles acting loopy after getting her wisdom teeth out.

She appears to pretending to drive a car. And it's an absolute delight.

And here's Julianne Hough after her own wisdom tooth extraction.

The Met Ball, Now and Then, and Christmas carols — what more could you want? It's time for a new law. Every celebrity ever needs to record themselves after getting their wisdom teeth out. We can all agree on that, right?