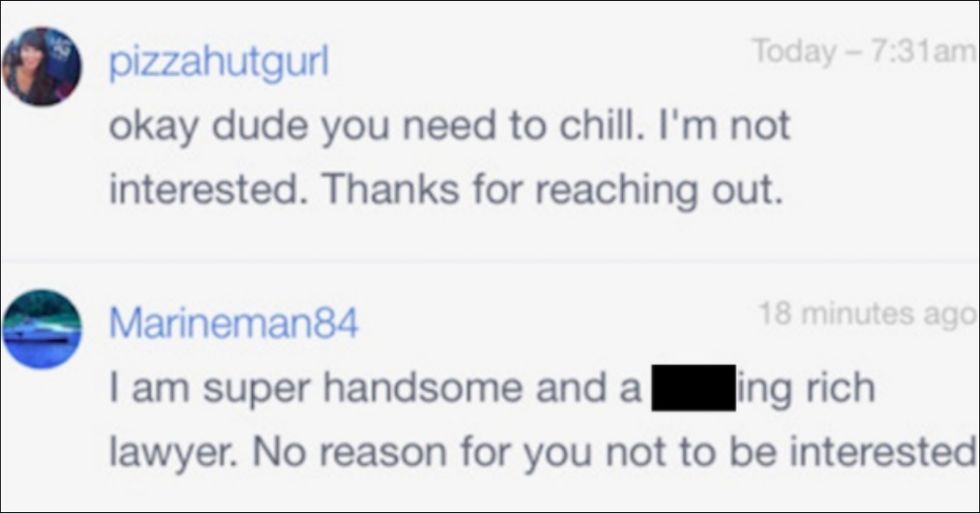 Dude Wouldn't Take No For an Answer, So This Woman Texted Him the PERFECT Reply

Sometimes when you meet someone online, they just won't take no for an answer. Maybe it's because it's easier to be arrogant when you're not face-to-face, but then again, maybe they're just kind of a jerk. When it happened to this woman though, she decided that instead of just blocking him, she would let him know exactly what his problem was...

She stopped the texting then, and who can blame her, but took to Tumblr to outline exactly what she would have said.