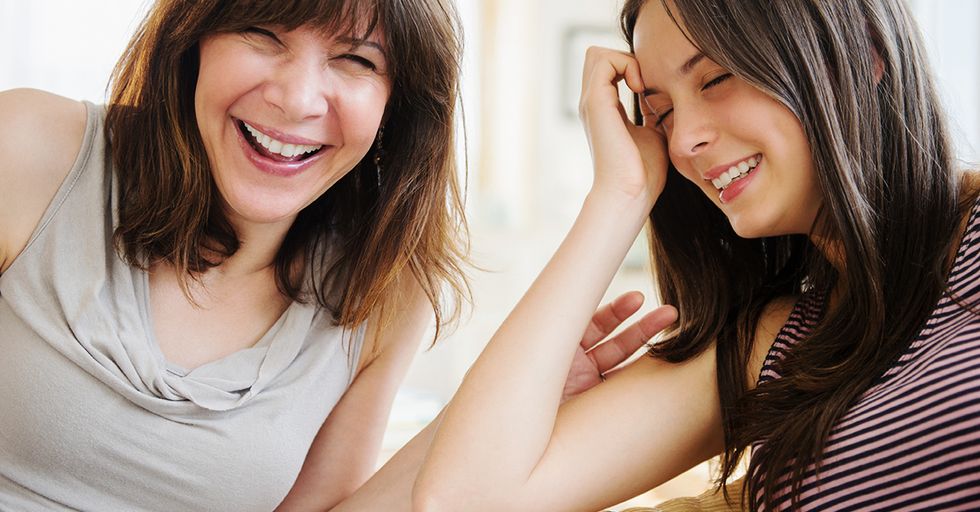 19 People Share the #DumbThingIBelieved and the Answers Are Hysterical

In fact, they're born knowing pretty much nothing. So it's kind of a miracle that we learn as much as we do during our lifetimes.

However, of course, sometimes misinformation slips in there and stays for way longer than it should.

The 19 people below copped to the dumb thing they totally believed for way too long, and honestly, most of them are pretty relatable.

This is just about the saddest thing I've ever heard. Did she never see a movie where kids were running after the ice cream truck as it played music? I'd like to see her mom explain that one.

This is super sweet! I also totally get weirdly superstitious and empathetic toward inanimate objects like that. So I get it.

This is completely arbitrary, and I don't understand who it benefits. If kids have to wait an hour after eating to swim, that's an hour of having to be entertained outside of the pool.

Wow, I knew bellybuttons were important, but I never knew they were this important. The next one is something I totally fell for.

Those tags are so ominous and threatening! But I guess as long as you're the person sleeping on the mattress, it's A-OK to remove the tags.

So I guess other people's parents also had conniption fits if the interior car light was put on while they were driving, even for a split second.

Aw, that's nice. But that is some loud furniture if that's the case. And as god's downstairs neighbor, I think it's time to complain. JK I love thunderstorms so much.

Remember that episode of Rugrats? Chuckie accidentally swallows a watermelon seed, and he's convinced it will grow inside him and they try to get it out? That episode was terrifying, and so was this prospect.

Nah, that's bonkers! Or is it? The next one was a popular theory in elementary school.

Forever. And ever. There might have been a Rugrats episode about this too.

I don't know what this girl is smoking, but the blue M&Ms are the worst ones, by far! Imposters!

This is so ridiculous. Everyone knows chocolate milk comes from regular cows that get tickled until they poop out chocolate.

Adults and religion were really very skilled at terrifying children into the belief that even a bad thought could have disastrous consequences. Thanks guys!

This is an honest mix-up, understandable, and I have no idea why I always knew for sure that they weren't related. The next one is really our parents' fault.

Why do parents work so hard to make their kids believe in fictional people who bring their children presents? I'm going to be like, "Yeah, that's all me, be grateful for my presents!"

This is adorable. I hope he didn't believe this for long.

Honestly, I know nothing about cars, and I know there is no such thing as blinker fluid. Where did she get this idea?

Woof, I guess we're getting real. As a kid, all you want to do is be a grownup. Well, surprise, being a grownup is terrible.

Thirty was old! I thought I'd have everything totally lined up by then. WOW, that's so not the case. Share this with someone who'll understand!