People Reveal the Dumbest Things Anyone's Ever Told Them | 22 Words 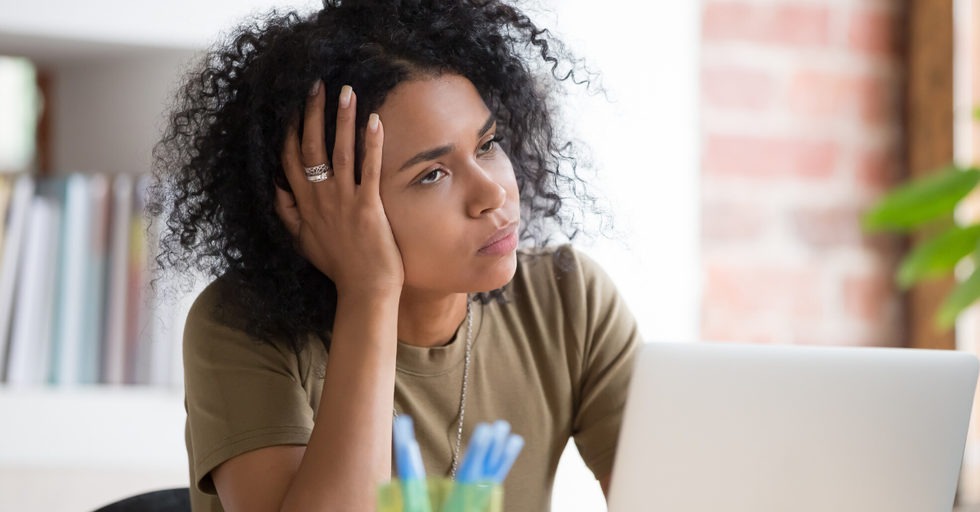 People Reveal the Dumbest Things Anyone's Ever Told Them

You know when you're sitting in a restaurant, listening in to the conversation going on in the next booth, because you're eating alone and the battery on your phone's dead and what else are you supposed to do? Well sometimes, you hear the most ridiculous, dumb, asinine things being said. And they stick with you for the rest of your life.

Now, you'll only hear one, maybe two off-the-wall bonkers things in passing throughout the course of your life, if you're lucky (or is it unlucky? Depends on how much you delight in other people's stupidity).

But thanks to the crowd-sourcing power of the internet, you're in for an absolute cavalcade of head-smacking idiocies. The internet has been telling stories of the dumbest things they've ever overheard, and we're collecting them all here for your enjoyment. Take them all in, and breathe easier knowing you're not this dumb.

You're not wrong, but also? You're very, very wrong.

Friend in high school told me he didn’t take the SAT because he heard it’s easier the second time. - ImReallySorryMom

Only true for Cyclops from the X-Men.

That windshield wipers wear out faster in the middle, because that’s the part you look through the most often, as if your sight is an energy beam that degrades the rubber or something. - Habaneroe12

That birds are mammals because they have meat. - JugOfVoodoo

If you'd ever seen a compass, you'd know.

That direction can’t be north because it’s diagonal and north has to be in a straight line. - drdoom

The TA for one of my classes in college said his parents didn't let him watch VeggieTales as a kid because "vegetables aren't supposed to have souls." - crapenvelope

Maybe no animals had even tried breathing fire?

I worked at a museum and had to let a girl go because she was going around telling everyone that dinosaurs weren’t real because no animals can breathe fire. She was a law student. - Fronkey776

My step sister told me we should see the PG-13 movie because PG meant "pretty good." EDIT: She wasn't a little kid when she said this. She was 19. Movie was Breaking Dawn Part 2. Take that however you want. - itti-bitti-kitti

I hate getting tracked.

Overheard some lady saying her daughter isn't allowed to watch Youtube any more because that's how people track you. She got this information from Facebook. - HawaiianFlower34

In fairness, this guy shouldn't have worn a huge red robe with a hood that sisterly covers his face to the post office.

That the post office doesn't ship mail to the Netherlands because you can't send physical mail to Hell. Just wanted to mail a postcard to my family in Eindhoven. - FaultySky

Where does freedom end and stupidity begin?

Always smart to have a back-up.

Someone once told me they saved the internet on a floppy disk. They actually saved their dialup connection shortcut but they truly were convinced that it contained the whole internet. - timetraveller1977

A girl from Florida once told me "because Australia is upside down, left is right and right is left." I am Australian and told her she was right and not many people know that! - idontknowimlost

Got some major flirting going on here.

I have a friend who thought that all lions were male and all tigers were female. - natalijabajlo2

You'd get it if you'd ever looked at a map.

Alaska was an island. - Mike_the_Merciless

Where else would the Great Turtle Beings live? Tulsa?

NASA makes up everything about space in order to convince us the earth is round, so the world governments can keep the hidden civilizations at the edge of the world a secret. - slothbarns7

Good luck with that one.

I sat next to a girl in bio who got 40% on our first test. She seemed quite pleased and said that now she only needed to get 40% again to have an average of 80%. - besterluca

If I know one thing about water, it's that it puts out fire.

I was watching a sunset on the ocean one day when a late teens person asked me why the ocean doesn't put the sun's fire out. - dosta1322

Which came first, the rabbit or the egg?

That rabbits come from eggs. - NowhereManDE

"It was the only day of the week Cousin Muriel could make it."

CO-WORKER (to my boss): "Can I have Monday off? It's my anniversary." BOSS: "You got married on a Monday?" - CoolBeansMan9

Lightning is famously afraid of the dark.

We were at summer camp, and when I opened a flashlight during a storm, he started yelling at me to shut it off. Apparently, light attracts lightning. - Noesk

The spork must be stopped.

"The spork is the devil's utensil because it's the amalgamation of masculine fork and feminine spoon, trying to blur gender lines in society." - -eDgAR-

Me, a Deli Clerk: "Would you like a slice of cheese, sir?" Said Sir: "No thanks; I'm driving." - DarkroeNinbot

Yes... this is how therapists work...

An ex tried telling me that his therapist assured him that it was MY sole responsibility to remain in a relationship with him to keep his sanity in check... I obviously disagreed. - Rosie_skies

Oh, every new mother thinks their baby has infinite wisdom.

The root word of infant was "infinite," therefore, infants have infinite wisdom. - She_Likes_Cloth

I don't see stars, I don't think about where they went. I just keep living my life, sans stars.

ME: It's unfortunate that it's cloudy tonight, so we can't see the stars. FRIEND: "Ohhhh, so THAT'S why you don't see the stars sometimes" Apparently she thought only some nights were starry because of the Earth's rotation or something. - mildost

And I thought the "staying in your stomach for seven years" thing was bad...

If you swallow your chewing gum, your lungs will stick together. - marchese51

Think it through, man.

One of my friends texted me that his mom had taken his phone because of grades and hid it in her room so he couldn't play Minecraft with me. I asked what he texted from. He said his phone. We are no longer friends. - TrxshGod_

Me and my baker are gonna have to have a little chat.

I had an ex tell me that bread isn't vegan because it's made with human hair. - drazeforce

The ultimate fad is ultimately permanent.

"Tattoos will go out of style soon."- my mom Sorry ma, they've continued to be cool for thousands of years, unlike your SHAG CARPET KITCHEN. - Lockshala