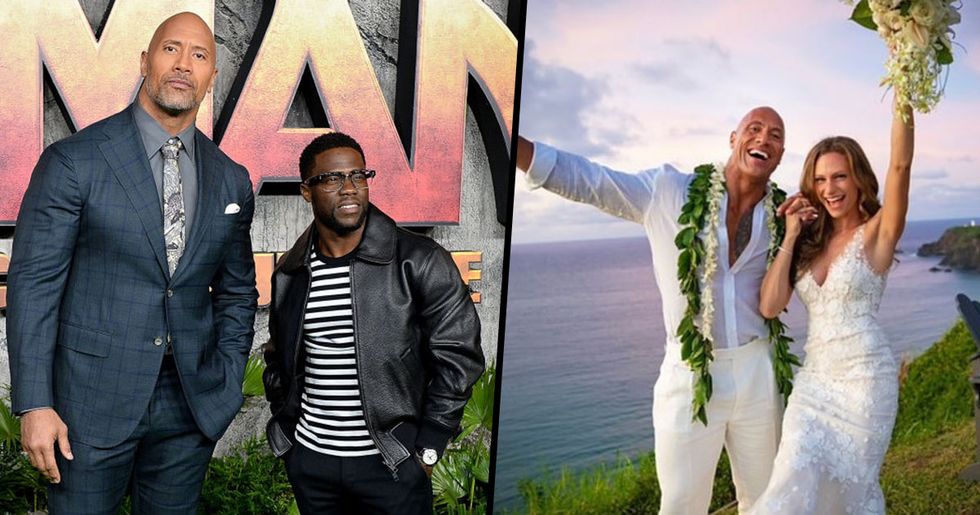 Hart was scheduled to make an appearance on the premiere episode of Kelly Clarkson's new talk show, The Kelly Clarkson Show, this week, but, due to his injuries, he understandably won't be attending.

But, pal, Dwayne "The Rock" Johnson, has cut his honeymoon short to step in for Hart while he recovers from the ordeal.

Hart was scheduled to make an appearance on the premiere episode of The Kelly Clarkson Show this week.

Following the crash, Hart underwent surgery and is said to be "doing fine." But, understandably, he is unable to attend due to his ordeal.

Pal, Dwayne "The Rock" Johnson, has come to the rescue.

The pair starred together in the hit movie, Jumanji.

Johnson has cut his honeymoon short to support Hart.

The actor, who recently tied the knot with wife, Lauren Hashian, was on his honeymoon when Hart's tragic crash occurred, but, after hearing about his injuries, cut it short to support his friend.

Johnson has stepped in for Hart on the talk show.

Coming to the rescue, the star flew to Los Angeles from his honeymoon in Kauai to attend the show in place of Hart.

He tweeted about his upcoming appearance:

When my son @KevinHart4real goes down with an injury, his big daddy steps in. I did leave my honeymoon early (Laure… https://t.co/s5jRz8hqZO
— Dwayne Johnson (@Dwayne Johnson)1567626343.0

We all could use a friend like Johnson. In the meantime, we hope that Hart makes a full recovery from the accident.