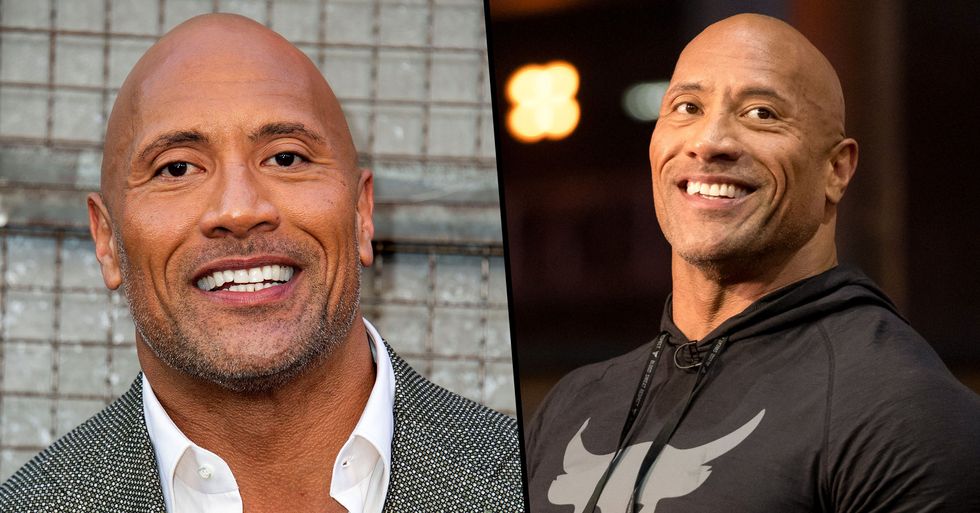 Forbes has recently released a report on the highest-paid actors in the world right now and Dwayne Johnson has managed to claim the top spot, but it was a difficult task given the other worthy contenders on the list.

Read on to find out who else made the exclusive cut...

Forbes has recently made some pretty surprising announcements.

When it comes to the movie industry, it's no surprise that things have shifted to submit to the coronavirus pandemic.

But has that necessarily had a negative impact on actors?

According to the outlet, no, it has not, because the good thing about movies is that you don't have to sit and watch them in a theater.

So big-screen names became household names over the past few months.

As streaming platforms such as Netflix reigned supreme over this difficult period, companies decided to give them some access to movies that could be released for people to watch from the comfort of their own homes.

And this has really affected the list of the highest-paid actors in the world right now.

This year's contenders have managed to total up a whopping 545.5 million dollars over the past year or so, and $140.5 million worth of checks were paid out by Netflix to 6 of the top 10.

But it was clearly worth every dollar as Netflix sits comfortably at the top of the industry.

While most new movie releases depend mainly on timing, Netflix is a slow burner, releasing movies slowly onto the platform so the rate of monthly subscribers also increases.

And most of the big bucks are spent on leading Hollywood men.

Netflix as well as Apple TV+ and Amazon have all snatched up their leading men, paying them a boatload of money to stream their movies or TV series - and yes, all 3 ended up on the list.

So, before we get on with the official list, here's the methodology behind it.

In order to calculate who is the highest-paid actor in the world right now, Forbes has collected some specific information including "data from Nielsen, ComScore, Box Office Mojo and IMDB, as well as interviews with industry insiders."

So, without further ado, let's have a look at the coveted list.

It doesn't matter. When you're Jackie Chan, every movie you make is a brilliant success, but it helps by a few million to have a little push from endorsement and licensing deals.

Now Sandler's earnings are interesting, to say the least.

The comedian and actor got 75% of his overall income from Netflix. In fact, users of the streaming platform watched 2 billion hours of the star in movies such as 50 First Dates, Uncut Gems and the front-runner, Murder Mystery.

The rates were so good that he's even been offered another deal by them.

The contract, which was signed in January, is reportedly worth "more than the first," so he can expect that top dollar to keep rolling in.

Would this be a coveted list without the appearance of the one and only, Will Smith?

His most recent role in King Richard as Richard Williams, the father of tennis legends Venus and Serena Williams, is set to earn him some big bucks.

But Smith's income branches out onto other platforms including Snapchat.

The social media star has a popular series on Snapchat which also adds to the paycheck, as well as activity on his Instagram account.

Miranda is rubbing elbows with Will Smith with this year's earnings.

Now, we have a new face on the list and it's all thanks to his Broadway hit, Hamilton, which was recently bought out by Disney for a very nice sum of 75 million dollars.

And we might be seeing a lot more of Miranda...

He will be expecting another massive flow of earnings next year when In the Heights comes out so keep your eyes peeled for that one.

Remember when I mentioned that streaming platforms were paying for leading men?

Here's Amazon's choice. The platform is paying Kumar a lump sum of 10 million for his upcoming role in a TV series titled The End.

Other than that, a bulk of the Bolly/Hollywood star's income comes from endorsing products.

This man can literally promote anything, even toilet cleaners. What a talent.

Diesel would have probably been higher on the list if the pandemic didn't hit.

He missed out on a gigantic pay-check after the 9th installment of Fast and Furious was pushed until April next year.

But the dollar kept on coming thanks to an animated hit.

Waving the flag for the franchise, he acted as a producer for the Netflix movie series Fast & Furious Spy Races. That'll tide him over until next year.

Affleck is back with a bang.

After a little hiatus, he is back on our screens via films such as The Way Back and Netflix’s The Last Thing He Wanted.

Netflix also had a massive role to play in Wahlberg's earings for this year.

His comedy-action film Spenser Confidential became the third most-watched original film after it's debut on the platform back in March.

Not only that, but both his docuseries did pretty well too.

McMillions and Wahl Street were a good addition to making sure the actor cut a nice slice of the overall paycheck.

Now, this is a man that we all expected to see on the list.

The top 3 on this list have a substantial difference in paychecks but Reynolds definitely gave Dwayne Johnson a run for his money.

The star made most of his money from Netflix hits such as 6 Underground.

20 million dollars went straight into his pocket thanks to the action-thriller and that including some input from Red Notice too.

And if the rumors are true, Reynolds will be back again soon.

Last month, Netflix made the announcement that they will be forking out another wad of cash for a third movie starring the golden actor so the smell of big bucks will be lingering for a while.

For the second year in a row, Johnson sits comfortably on the throne.

Again, Netlfix cashed out a whopping 23.5 million to the coveted actor for movies such as Red Notice.

But you wouldn't expect a man like The Rock to be a one-trick pony.

His successful clothing line, Project Rock, has seen him wringing out the big bucks. As well as this, he's ventured into other industries such as Food and Drink as well as making appearances back to his humble WWE beginnings in the squared circle.

So, that brings us to the end of the list.

Keep your eyes peeled for the list of the world's highest-paid female actresses which is set to be released next month.

Now, if you're in the mood for more Netflix-related news, then keep scrolling...

See what shows the streaming platform has created to make sure they stay on top...