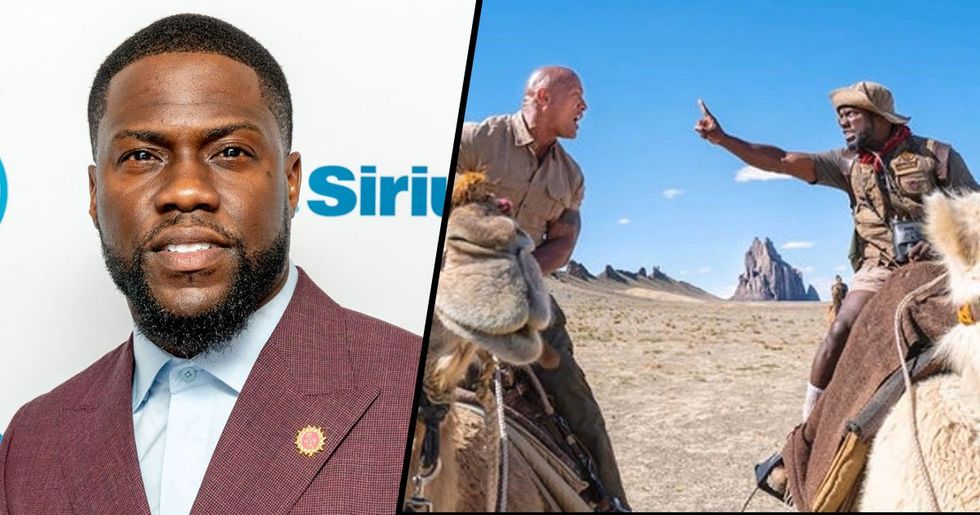 Hart was accompanied in the vehicle by 2 other people and managed to escape the written-off car, which had been rolled over onto its back, to find help. Though it is a miracle that no one died in the horrific accident, it has been reported that Hart and his friend, Jared Black, have both suffered "major back injuries." And now his friends and co-stars, including Dwayne Johnson, are sending him messages of support.

Keep reading to see footage from the devastating crash and to hear what the injuries could mean for Hart's career.

And also offering their support are his co-stars.

Dwayne Johnson is known to be one of the comedian's long-time friends. They've worked together on countless occasions including during the making of Jumanji and Central Intelligence.

The two even hosted the 2016 MTV Movie Awards together.

We often see the hilarious duo doing what they do best: putting a smile on our faces. It's rare to see the pair engage in conversations about serious topics, but this occasion is not as lighthearted as what they're used to.

After hearing about the accident, he took to Instagram to share a heartfelt message for his friend.

His caption read: "Stop messing with my emotions brother @kevinhart4real. We have a lot more laughing to do together. Love you man. Stay strong." Imagine knowing that your friend is in pain and there's nothing you can do to help him. It's an extremely tough situation.

Other famous faces also sent the star their well-wishes.

This includes the likes of "Breaking Bad" star, Bryan Cranston, who also took to Instagram to share his thoughts. He wrote: "I’ve just heard that @kevinhart4real was injured today in a car accident in Los Angeles. Let’s all send him positive energy and healing thoughts. He’s a good human. Get well soon, brother. B."

But, as of right now, his fate remains unknown.

The extent of his injuries is currently unclear.