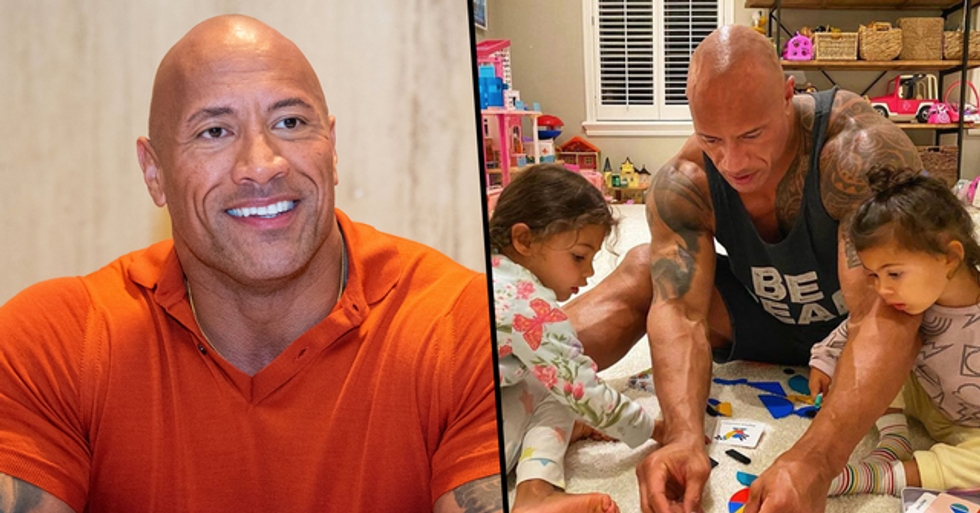 Earlier this month, Dwayne Johnson announced that he and his family tested positive for coronavirus and now, he has given that much-awaited health update...

Even The Rock can't escape coronavirus.

On September 3rd, the WWE star-turned-actor revealed that he and his family had tested positive for the potentially deadly virus.

Of course, this was incredibly concerning news...

And now, a couple of weeks after the announcement, his family have given the highly-anticipated health update.

Now, people have been rightly concerned about the actor's health...

Because The Rock is arguably the nicest man in showbiz.

I'll prove it to you. As well as never backing down from a song request from his daughter, here are another 6 reasons why we just can't get enough of him...

Secondly, he's amazing to his fans!

And most of them would risk their lives to get a picture with their favorite celebrity.

Thirdly... "You can feel him before you see him."

It might be a weird thing to love him for but listen to this. The Rock has a daily diet that consists of 5,165 calories - this comes out to 7 meals a day.

Fifthly, he's one of the greatest wrestlers of all-time.

The sixth reason - he takes care of his mom.

This one tugs at the heart-strings.

And lastly, he doesn't take himself too seriously.

But this month, the star filmed a video with a slightly different tone than his usual uplifting content.

In the clip, Johnson revealed he and his family have all tested positive for the coronavirus.

The star explained the news came as a huge surprise.

"I can tell you that this has been one of the most challenging and difficult things we have ever had to endure as a family, and for me personally too," Johnson said in the video.

"And I've gone through some doozies in the past. I've gotten knocked about and gotten my ass kicked a little bit, but testing positive for COVID-19 is much different than overcoming nasty injuries or being evicted or even being broke."

Johnson says that he, his wife, and their 2 children are through the worst of the virus.

And are luckily no longer contagious.

He urged everyone to remain vigilant.

But the star was slammed on the announcement post by several fans.

The star had used the opportunity to promote his new sneaker in collaboration with Under Armour.

"My NEW @projectrock x @underarmour #PR3s have arrived. The next evolution of my bad ass training shoe engineered for you - the hardest workers in the room. Available NOW in the link up top. Also at @UnderArmour and @DicksSportingGoods stores everywhere," he wrote.

Obviously, this didn't go down too well with fans...

Especially since it was the very next thing he posted after his coronavirus announcement.

Many people raised this point.

Accusing the star of the whole thing being a big PR move to sell the sneakers.

But now all that drama has settled down...

The family has given an update.

Luckily, the Johnsons have recovered from the virus.

The actor and his family have recovered from COVID-19 and are doing "fine," his former brother-in-law and producing partner, Hiram Garcia, told Monday's issue of Variety.

Garcia also revealed that Johnson is already back at work.

Filming for his next film, the Netflix project Red Notice, restarted yesterday on September 14th after it was postponed due to the pandemic.

For more on Dwayne Johnson, keep scrolling to read about the guy who attempted to eat and train like the actor for thirty days...