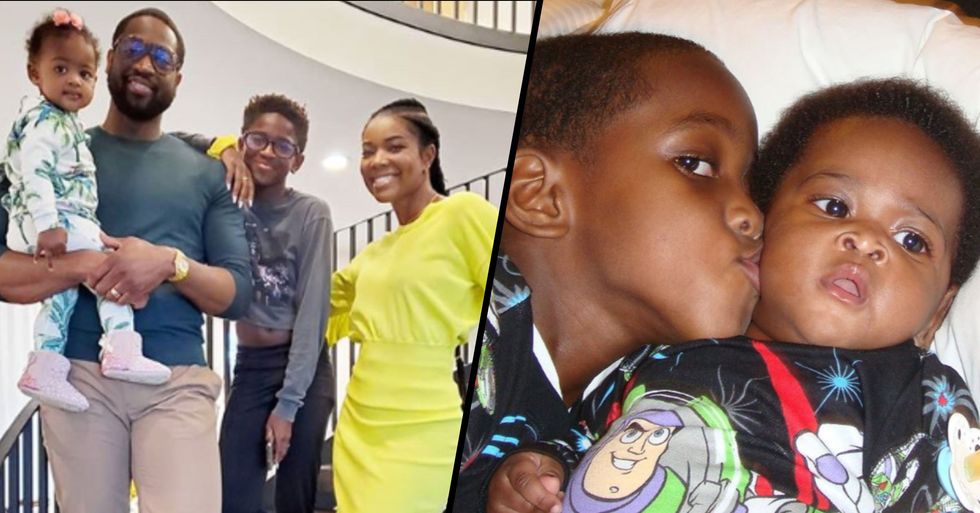 Today in 2020, a person should be allowed to dress in any way they please, regardless of gender.

But sadly, there will always be people out there who will relentlessly troll those who dress differently to others, and these people even target children.

Dwyane Wade is the father to 4 children, and one of which is twelve-year-old Zaya Malachi Airamis Wade, who was pictured wearing false nails and a cropped top. Despite all the unnecessary outrage amongst some of his fans, he addressed the issue, hitting home with a powerful message for all parents out there. And because of his support, she now identifies as a female.

Dwyane spoke out on The Ellen Show - and now another of his sons has shared his support.

He has 2 sons with ex-wife, Siohvaughn Funches, he is raising his nephew who is the son of his sister, Deanna, and he has a son and a daughter from 2 other relationships.

His second attempt to defend his family came on a podcast.

Wade revealed that he grew up "ignorant" and had to lean on his wife for help.

He started off his powerful message like this: "I had to look myself in the mirror when my son at the time was 3 years old and me and my wife started having conversations about us noticing that he wasn't on the boy vibe that Zaire [his other son] was on."

Watch the full clip of Dwyane Wade talking about how the situation played out on The Ellen Show.

And now Wade's son Zaire has taken to Insta to volunteer his support.

"Man, I remember bugging my mom as a kid telling her I wanted a brother so bad. I was the only child looking for company and someone to look after and take care of. I have been blessed to have my best friend, Zaya with me for 12 years. We did everything together...we fought, we played, we laughed and we cried. But the one thing we never did was leave each other behind... I’ve told you that I would lay my life down to make sure you are ten toes down and happy on this earth. I don’t care what they think Z, you are my best friend and I love you kid, and if it means anything, just know there’s no love lost on this side," he captioned the heartwarming post. Keep scrolling to read about how Charlize Theron believes that gender-neutral awards should be introduced and how she's raising her son as a girl...