E! News Host Catt Sadler Quits Her Job After Discovering Male Co-Host Was Paid Double — Now the Women of Hollywood Are Backing Her Up | 22 Words 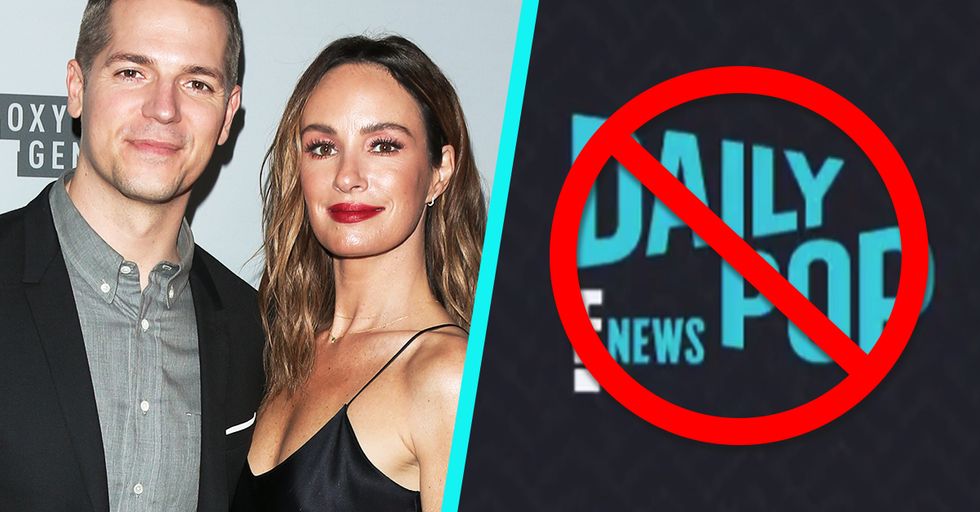 E! News Host Catt Sadler Quits Her Job After Discovering Male Co-Host Was Paid Double — Now the Women of Hollywood Are Backing Her Up

In early 2011, Morning Joe co-host Mika Brzezinski was hawking her book, Knowing Your Value: Women, Money, And Getting What You're Worth, on CNBC when she revealed that at one point, her counterpart Joe Scarborough was making 14 times the amount she was.

It's no secret that women make less money than men. As the Washington Post explains,

Women working full time in 2016 made 81 cents for each dollar made by a man... The gap is larger among college graduates, and “far larger in business, finance and legal careers than in science and technology jobs." The gap increases with age — and when women marry and begin having children.

Even women at the top of the political ladder are not exempt. The Washington Post further states, "Under President Trump, the White House’s gender pay gap more than tripled [and] The median female White House employee is drawing a salary of $72,650 in 2017, compared to the median male salary of $115,000."
So basically, if you're a woman, you're bound to have a lot more troubles getting fair pay than a man. It's even worse if you're a woman of color. Women of color make about 65 cents to every dollar a man makes.

And even if women try to negotiate, it can backfire. Jezebel cited a study which explained that "Male evaluators penalized female candidates more than male candidates for initiating negotiations; female evaluators penalized all candidates for initiating negotiations. Perceptions of niceness and demandingness explained resistance to female negotiators."
This horrifying phenomenon came into startling relief this week when longtime E! News host Catt Sadler abruptly announced she was leaving the network. Sadler, who had been at E! for a decade, hosted both The Daily Pop and E! News, so the news came as a surprise to fans.

In a widely-read post on her personal blog, Sadler explained her decision for leaving.

[...] An executive from E brought something alarming to my attention -- namely, that there was a massive disparity in pay between my similarly situated male co-host and myself.  More recently, when E reached out to renew and extend my deal, I learned that he wasn't just making a little more than I was.  In fact, he was making close to double my salary for the past several years.

Catt Sadler released a statement on her website explaining the reason behind her departure from E!. She revealed he… https://t.co/IggYsqAP6m
— Pop Crave (@Pop Crave)1513794506.0

Sadler tried to negotiate with the channel, but they rebuffed her attempts.

[...] how can I operate with integrity and stay on at E if they’re not willing to pay me the same as [my cohost]? Or at least come close? How can I accept an offer that shows they do not value my contributions and paralleled dedication all these years?  How can I not echo the actions of my heroes and stand for what is right no matter what the cost? How can I remain silent when my rights under the law have been violated?

I’m actually so sad for Catt Sandler. Watching her last episode on E!News. The worst is that Jason is “sending” her off. Imagine.
— Phiwomhle (@Phiwomhle)1513803079.0

The co-host she is speaking of is Jason Kennedy, who as Twitter user @PeachSkewbu noted, "just got [to E! News]", and lacks her seniority. Sadler was careful to point out that she loved her "work husband," and he shouldn't be blamed for her decision to leave.

Like that’s how disposable she was to the network. They were not even willing to pay her more compared to someone who just got there. Shame.
— Phiwomhle (@Phiwomhle)1513803252.0

However, as another Twitter user, @AGlasgowGirl, pointed out, Kennedy could have been a far more supporting ally.

If you don't use your unearned privilege or power to right wrongs then wtf are you doing?

After all, when Emmy Rossum (of the long-running Showtime dramedy Shameless) fought back against against her egregious pay-gap, asking for more than star, William H. Macy, to account for "numerous seasons with a wage gap," he supported her fully, saying "She works as hard as I do. She deserves everything."

In any event, Sadler's plight is one echoed by women across all walks of life, from famous actresses to grocery store clerks, which was why she did not want to stay silent about her ordeal.

"Countless brave women have come forward this year to speak their truth," Sadler explained in her post. "How can we make it better for the next generation of girls if we do not stand for what is fair and just today?
E! however, wasn't at all concerned by this. A spokesperson for the network and Kennedy (remember that whole thing about allyship?), stated,

E! compensates employees fairly and appropriately based on their roles, regardless of gender. We appreciate Catt Sadler’s many contributions at E! News and wish her all the best following her decision to leave the network.

While E! may have thought this was a perfectly appropriate statement to put out, people across social media weren't amused. In fact, they (rightfully) demanded a boycott.

Wow E! is trash for not paying Catt Sadler what Jason makes. She literally carried the show by the way!!

Audience is mainly women and you don't have equal pay (not even close) shame pic.twitter.com/IfrZiPk5wH

WOW this is so disappointing. When are companies like @e_entertainment going to understand that women should be paid fairly. 1/2 of her male counterpart is not appropriate. https://t.co/n2zrpTK8XE

Pay her what she deserves and no one has to “miss her" #ENews I’m highly disappointed to learn the truth.

While it is wonderful that women are protesting via social media and by switching channels, we still have a long way to go. After all, the Trump administration just stopped an Obama-era policy that would have forced large companies to report pay data according to race and gender. The struggle never ends, it only changes.